This year at MWC, there's little in the way of room for the notion that Samsung failed to deliver on the hype. The Galaxy S6 is the most dramatic redesign the Galaxy S has ever seen, and is more Samsung than ever before. Down to the NAND storage and Exynos chipset, the S6 takes Samsung's larger corporate vision of vertical integration seriously, and that should have Samsung's competitors on edge (no pun intended).

To start, the physical hardware simply seems superb. Even the relatively early units we played with had outstanding fit and finish, and I don't mean that in the forgiving sense we typically are forced to provide Android handsets because of the median build quality in the industry. This is Apple-level polish, showcasing the fact that Samsung is probably the only company in the handset business aside from Apple to have the capital and industrial design know-how to invest in this kind of precision manufacturing and still manage a profit.

The action on the volume rocker is perfect. The power button clicks equally nicely. The anodized aluminum edges melt into the glass panels with nary a hint of seam gap. Even the little iPhone-esque speaker holes on the bottom are just kind of beautiful. If you've been waiting for an Android phone that not only looks the premium part, but truly feels it, the Galaxy S6 is the first one I've seen to really pull it off across the board. Yes, the Galaxy S6 takes from the "premium design" lesson that many Chinese manufacturers and smaller Android OEMs like HTC and Sony have tried to teach, but this is a master class: even Apple is going to look at this thing and go "huh, not bad." 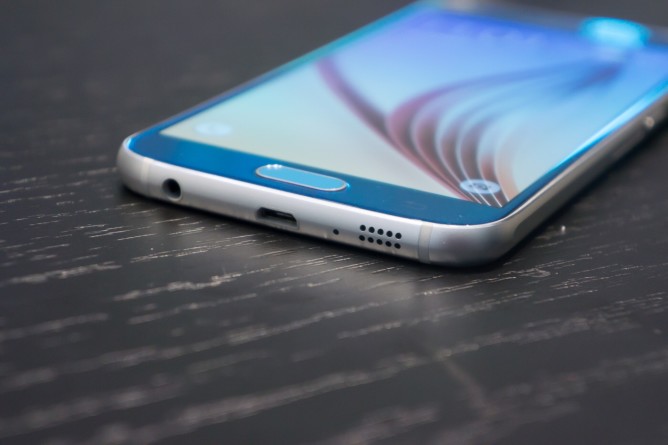 It's the difference between a nice Hyundai and a nice Lexus - the former looks the part, and generally feels it, the latter immediately lets you know that "almost" is still just a polite way of saying "inferior." As an object, I do not believe Samsung's Galaxy S6 will face any real competition in the Android world this year, apart perhaps from the next Note. They've built something quite wonderful. Even the colors are surprisingly pretty - while I was not a fan of the gold platinum's insane reflectance (seriously, this thing could blind you), I really like the blue, black, and white versions. The green isn't bad, either - I just don't know if it's my cup of tea, as much as I like a dark green car, or a sweater. 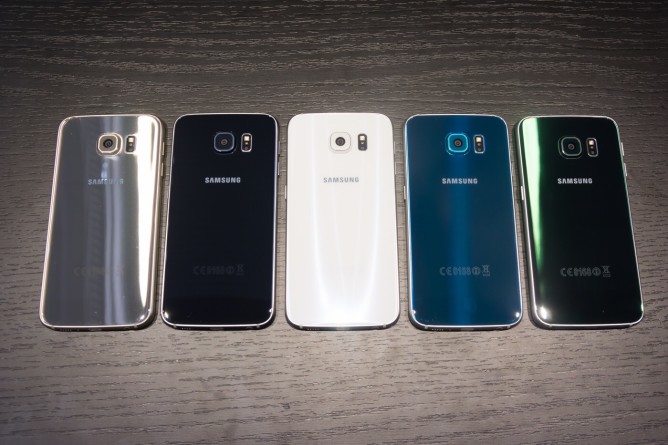 But what about actually using it? Is Samsung's "de-bloated" TouchWiz really a joy? If you don't like TouchWiz, this is still TouchWiz, and it's still basically like using most Samsung phones. There is no real effort to converge on Android's design guidelines, the capactive and physical home buttons remain, and I personally believe remarks about smoothness of the UI are a bit of confirmation bias on earlier rumors about reduced bloat. While it does seem quicker, the S6 also does not feel unusually fast, and probably won't even be as quick as a Nexus 6 when it comes down to raw interface and app performance - but we'll have to wait and see how things turn out during our review. I'm not saying Samsung's new 14nm octacore Exynos isn't a benchmark-crushing monster, but I wasn't blown away. I'll leave real performance impressions for the review, though, like I said, because it's hard to get a full feel for these things in one sitting. And as for the removed bloat, yes, there are a lot fewer items in the app drawer, but expect this to change when the phone comes to the US (yay carrier bloat). There also aren't tremendously fewer services running - the unlocked international model we were playing with had 22 running services out of the box, and Samsung Pay isn't even on the phone yet. 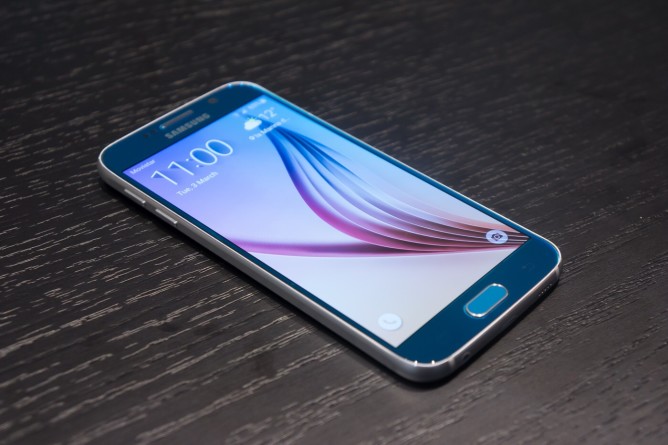 Anyway, perhaps the nicest new feature on the S6, for me, is a legitimate fingerprint scanner: no more swiping. I love Touch ID on my iPad, and Samsung's solution is pretty much the same: hit the home button, quickly put one of your scanned fingers over the button, and the phone unlocks. I love this - it's a great experience, even if it does take quite a few finger presses to set up. It worked very reliably in the 45 minutes I used the phone. Good job, Samsung - this is a legitimate accomplishment.

The lack of a removable battery and SD card slot are not changes I will personally lament, but yeah, they're gone. With quick charging technology, though, it's becoming harder and harder to justify the true need for swappable batteries unless you're a real phone road warrior, in which case, why don't you have a car charger? Or a battery case? I know there will always be special situations, but Samsung was sacrificing the kind of beautiful industrial design we see here in the name of a small subset of buyers by keeping those crappy plastic covers around. I think for all the internet comment angst that may arise, Samsung's made the objectively correct decision on this. If you want a larger battery, there will likely be a booming marketplace of accessory makers ready to slap a big lump of lithium-ion infused plastic on your S6 at competitive prices. 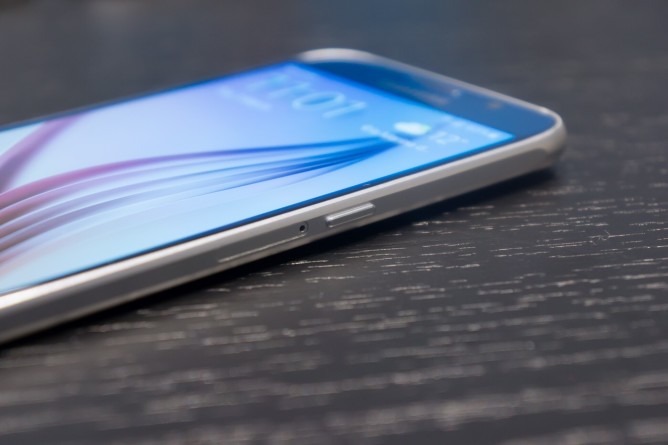 A standard 32GB of storage is long overdue, and I'm curious to see what Samsung's new NAND solution will mean for real-world R/W performance, though that's something I wasn't able to really get a handle on in our demo time.

The S6's screen is predictably excellent, and that's no surprise - Samsung has been setting the bar for smartphone displays since the Note 3, and Super AMOLED+ is still king in the panel wars. There's a reason Samsung won't sell these to anyone else: they know they've got the best screen in the business, and they want to keep it for themselves. Fair enough, I think.

So, how about the S6 edge? Let's just get it out of the way: the edge is 95% marketing, 5% legitimate feature. I don't believe you need to objectively justify the edge display if you want it, but let's not pretend it's actually going to provide a substantial boost in usability over the non-edge variant - almost everything it does could be done on a flat screen, it just would be flat instead of curved. As for the color-based edge notifications, they're an interesting idea I suppose, but who's laying their $600+ smartphone screen down on a hard, flat surface? Even I don't trust Corning's Gorilla Glass that much. The edge also presents potential usability or aesthetic issues in some apps because of the distortion it causes, and I really don't like that - it makes many apps just look kind of unnatural.

We'll be reviewing the S6 next month, so keep on the lookout for that. In the meantime, you may want to hold off on that M9 pre-order, because Samsung's back with a vengeance.

[We Live In The Future] Domino's App Now Lets You Order A Pizza From Your Wrist Using Android ...