The age of microUSB is about to come to an end, and SanDisk is on hand to usher in the new reversible era. The company has just announced a 32GB flash drive with two connectors—one full-size USB 3.0 and one USB 3.0 Type-C. There aren't many things you can plug that Type-C connector into yet, but it'll be really neat when there are. 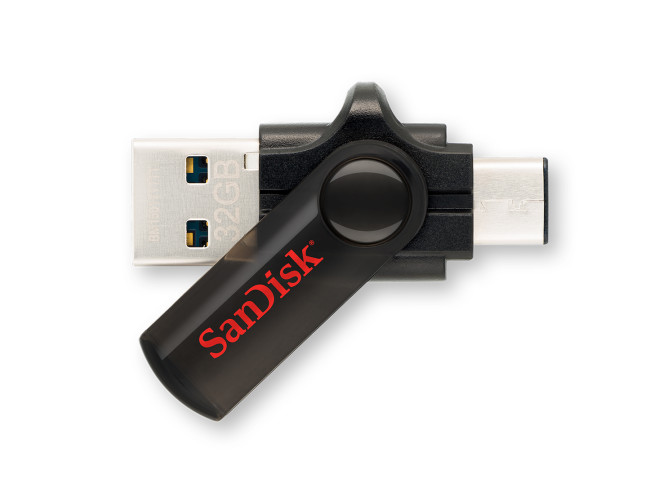 The smaller, reversible Type-C connector is expected to start showing up on phones and tablets in the next few months. It will eventually appear on PCs and other devices, but SanDisk is pushing the mobile angle. This USB 3.0 drive can be used on your computer with a full-sized port right now. There isn't a microUSB plug, so you can't really access any of that data on a phone just yet. The only Android thing with Type-C that I'm aware of is the Nokia N1, which is only available in China at the moment.

So this new drive is perhaps a little premature, but it's not coming out immediately. More capacities will become available later, but there's no pricing or release date for the first one yet. It's just SanDisk showing that it's ready for the future.