Huawei can't seem to keep its MWC goodies under wraps. Its gorgeous Huawei Watch leaked earlier thanks to two lengthy product videos, showing a Moto 360-like round watch with small steel bezels and an elegant design. But that won't be the only wearable the company is working on (and presumably announcing at MWC in a few hours). After showing up prematurely in a few public ads, the TalkBand B2 has made an appearance in none other than Huawei's own Wear application. 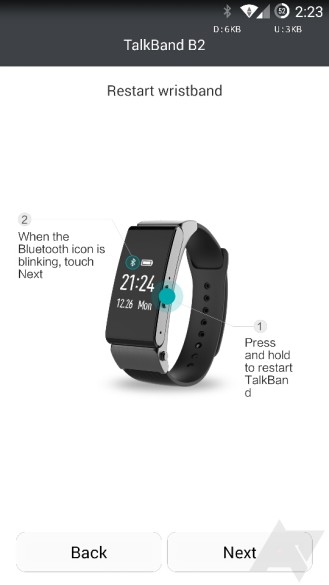 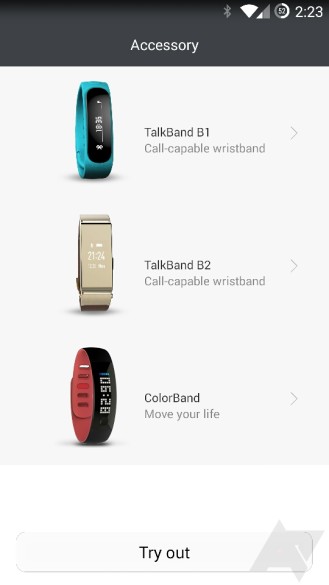 Huawei Wear, the companion app to the OEM's bands, has received an update. When picking out a new device to connect to, the app suggests the TalkBand B1, the ColorBand, and a yet-unannounced TalkBand B2. The B2's images show a more refined second generation of the fitness-tracker-slash-Bluetooth-headset combo.

Aside from the slick looks, the TalkBand B2 has ditched the landscape oriented screen for a larger portrait one. There seem to be a black/grey variant and a gold one, both suspiciously metallic and thin. And no matter how long I stare at those images, I can't figure out where Huawei hid the in-ear bud. It would be interesting if this used some form of bone conduction, wouldn't it? 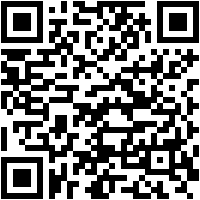 Huawei's Slick Android Wear Smartwatch Leaked Ahead Of MWC In The Most Pretentious Smartphone ...