Samsung, LG, and HTC are the heavy-hitters in the Android world - you can generally expect their flagship devices to be on almost every American carrier. So it is with HTC's new One M9, which has been confirmed for four out of the five major US carriers right out of the gate. We asked a US Cellular representative if the company planned to offer the One M9 after they confirmed that they'd be carrying Samsung's new S6 and S6 Edge, and were told that it wasn't on the release schedule at the moment.

AT&T is going all in on the One M9, with a press release, video, and the usual sign-up page. The carrier is also showing off its impressively subtle branding on the phone - all you have to deal with is a small "Death Star" logo on the back. AT&T will offer the much-highlighted two-tone silver/gold model of the M9, plus the black variant. A launch date and price is not mentioned, though AT&T stores will also carry the proprietary HTC Grip fitness tracker.

So far Verizon has only confirmed its One M9 availability on Twitter - no sign-up page or anything. Even so, they managed to be more specific than other carriers, confirming that the phone would be coming "early [in the] second quarter." Naturally Verizon couldn't let the phone escape its carrier and LTE logos, though the front has the HTC brand solely. Only the silver-gold version is shown.

T-Mobile is offering a press release, video, and a sign-up page, but no pricing or release info aside from "later this spring." The carrier is only showing the silver-gold version (which seems to be HTC's "hero" version of the phone thanks to its two-tone metal body). T-Mobile phones go without carrier branding after the various "uncarrier" pushes, so Magenta's version of the phone will probably be the nicest-looking among US carriers. T-Mobile's Wi-Fi calling will be enabled on the carrier version of the phone. 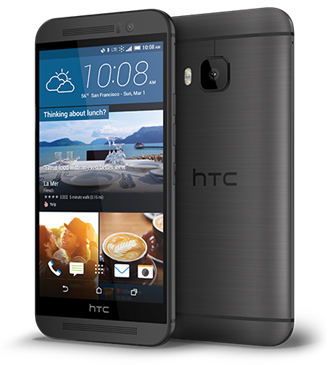 Sprint is showing off the M9 via a press release and a promo page with an email registration, interestingly displaying the black version of the phone on both pages. Sprint says it will sell the phone "early this spring," with pricing and availability information "in the coming weeks." The black Sprint phone is also devoid of carrier branding.

AT&T, Verizon, T-Mobile, Sprint, And US Cellular Will All Offer The Samsung Galaxy S6 And S6 ...