When it comes to portable Bluetooth speakers, the Ultimate Ears BOOM ($199) and MEGABOOM ($299) stand above the rest in my opinion. Each speaker has outstanding sound quality for its size, they're both incredibly robust, and Ultimate Ears backs them with an unprecedented two-year warranty. 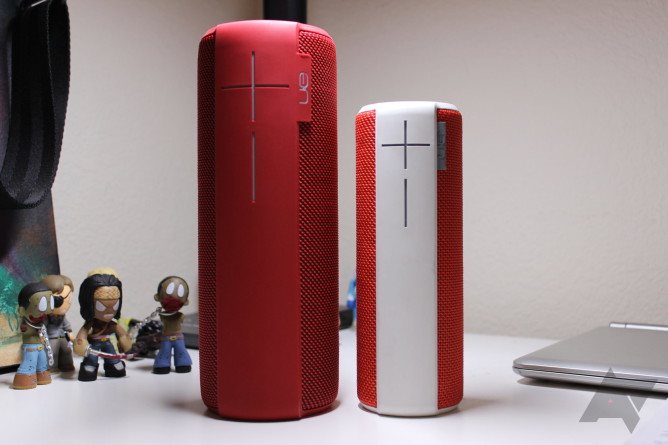 They both also have a killer feature called Double Up that allows two speakers - either two BOOMs, two MEGABOOMs, or a combination of either - to be paired together for stereo sound using the Ultimate Ears apps. In my experience, this works very well and is super easy to set up. In the coming months, however, it looks like Ultimate Ears is going to allow 10, or perhaps even 20 speakers to be paired together in the same way that Double Up works, as reported by re/code.

According to the writer's hands-on experience, the speakers she received to test the feature were pre-configured to work together and essentially no setup was required on her end, but that's not how it will work once the feature is live for everyone "this summer." It's said that UE is shooting for a similar experience to the current Double Up option, which honestly couldn't be simpler: start the process in the app when connected to one BOOM/MEGABOOM, hit the pairing button on the second speaker, and that's it. The app does the rest.

There is currently also an option to "lock" speakers so they only work together. There's no word on whether or not this feature will be available in the new multi-speaker mode or not.

Either way, you're going to want to start making a list of all your BOOM-carrying friends, because a house party will be in order soon.