HTC has been rolling out Lollipop OTAs to its various One devices in the last few weeks, but kernel source is also showing up. Most of the source code has been for the One M8 so far, but now the developer edition M7 has some Lollipop kernel source too. 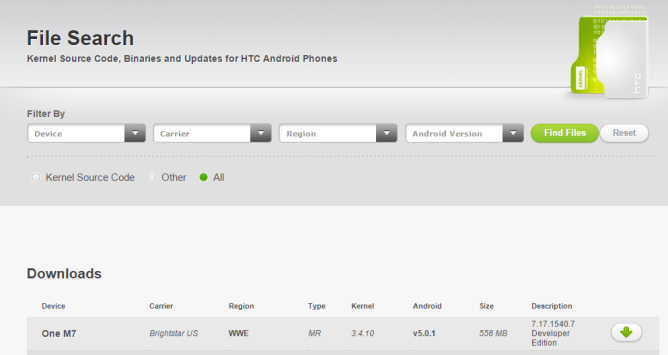 Before this release, the only M7 with Lollipop kernel source was the Google Play Edition. It makes sense the developer edition would be next as there are still a lot of M7 variants on carriers that don't have an OTA. Developers can use kernel source to build and improve ROMs and troubleshoot device-specific issues in apps. The download is a solid half a gig and is available at the link below.

Madfinger's 'Unkilled' Is A New First-Person Zombie Shooter Due Out In June That Totally Isn't ...