The most striking part of the proposal is the huge translucent covering that wraps around the Google spaces, creating an effect somewhere between an enormous circus tent and greenhouse. Architects Bjarke Ingels and Thomas Heatherwick explain the striking coverings are intended to reduce the noise from nearby highways and create a space that blends an office building, an urban landscape with shops, restaurants, and bike paths, and natural spaces with plenty of plant life. Pedestrians (even those who don't work for Google) will be welcome to stroll in and out of the enormous structures. 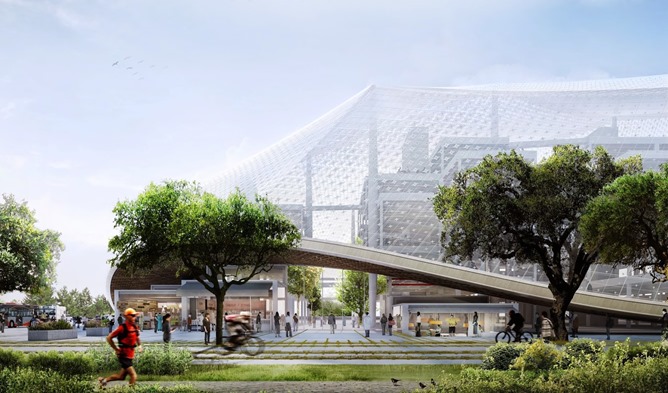 Naturally, the proposal includes measures to be environmentally conscious. The primary goal is to make a series of buildings that can be easily reconfigured to suit Google's staggering array of projects (like driverless cars or Internet service balloons) without having to demolish and rebuild.

Check out the ten-minute video below that digs deeper into the motivation of the designers.

It's going to be interesting to see if Google can swing such an unconventional design with government officials (especially considering how they want to open retail space for small businesses), and Google hasn't addressed some of the more practical aspects of the design, like materials or climate control. (There's a reason they call it the "greenhouse effect.") Getting approval for the new construction will probably be an even bigger hurdle than designing it in the first place.

PhotoMath Arrives On Android To Help Your Lazy Brain Do Math