We've already posted plenty of interesting tidbits and changes from Android 5.1, but of course there's still more to uncover. It looks like in the latest version of Lollipop, Google has given the Contacts app a few welcomed tweaks.

With Lollipop 5.0, most of the Contacts app graduated to a slick new experience inspired by material, but for some reason the contact creation/editing screens clung to old holo paradigms.

The newly tweaked editing layout in Android 5.1 makes a decidedly more thoughtful use of horizontal lines and adheres to material design's standard keylines (at 16 and 72dp) making for a cleaner, clearer interface with helpful iconography highlighting each type of field.

Horizontal breaks and bold section headers aren't the only elements thrown overboard - the new layout eschews the "save" action in the toolbar, too. Where there once was a checkmark, there is now only a back button, implying that changes don't need to be manually saved by the user to take effect. Functionally, the check button also served to navigate "up" in the interface after making changes, but in this iteration of the app the visual indicator for what the user is doing (and for what's happening on that action) is different.

The interface isn't quite perfect yet in this writer's opinion - after all, it still uses a (slightly updated) holo-style date picker, and there are a few odd typography choices, but it's definitely an improvement. Here's a quick before and after. 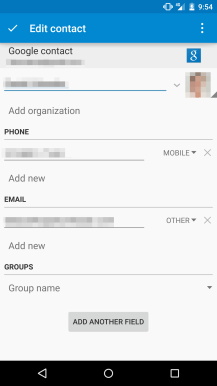 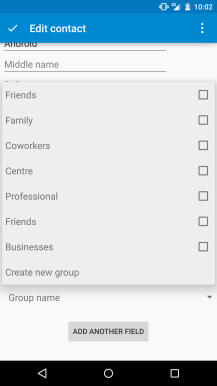 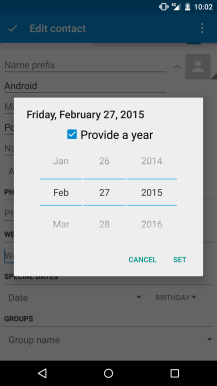 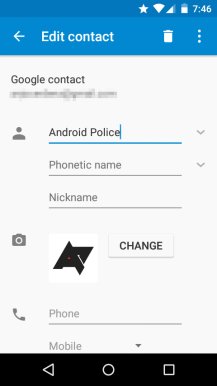 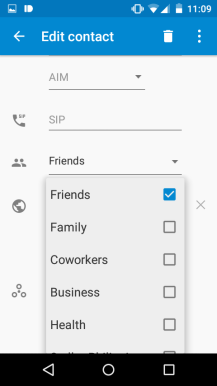 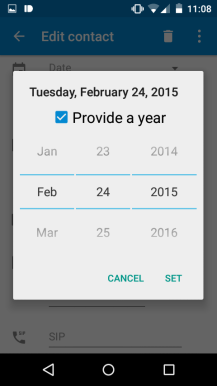 And here's a thorough look at the interface in action.

Contacts might not be the most sensational app, but it's great to see that Google is still giving special attention to one of its last built-in apps to live outside the Play Store. Here's looking forward to a more widespread Android 5.1 release, whenever that might happen.