We often refer to it as Update Wednesday, but that's only because the majority of Google's app releases tend to roll out in the middle of the week. In fact, new versions can turn up just about any day. This week, it looks like Google started the festivities a little bit earlier with an update to Search 4.2. If you can't wait to get started, we've got download links down below.

We've done a side-by-side comparison, but there don't appear to be any special changes beyond a new location for the About screen in Settings. After a fairly extensive teardown, I could only find about a dozen interesting new strings that point to slightly expanded stats on sports-related cards, and a couple of images; but even those don't point to anything we haven't already seen in teardowns or live features. There has also been a very significant increase in code, but there don't appear to be any distinctly new features resulting from it. Otherwise, there's really not much to report.

This doesn't look like a regular bug fix release, so I'm almost expecting a new feature to go live after Google flips a server-side switch. In the meantime, if anybody notices anything new, let us know. Don't forget, the Search app comprises Google Now, Search, and the Google Launcher, so changes may turn up in any of these places.

Fix for the 'Try again on your phone' bug on Android Wear.

It sounds that a pretty serious bug fix may have been issued with this release. The news comes in the form of a response on the Android Wear section of the Google Product Forums. Numerous complaints were registered about a bug that often resulted in the message "Try again on your phone" after attempting certain voice commands. In theory, this update should clear up most of those issues, assuming there aren't other connectivity problems. – Thanks, KF.

Just for fun, here are the bits that turned up from rooting around inside of the apk. 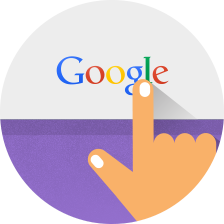 <string name="first_run_google">Pull down top bar to go to Google Search.</string>