After spending years as a kid and many more as a student, we each get to a point where the majority of our time gets sucked into work. This leaves many employees glued to their phones, and unsurprisingly, the tech giants all want it to be their phones. So Google has launched Android for Work, a program that aims to make its mobile platform better suited for the workplace.

The program appeared last year at Google I/O, then referred to as Android Work. In the months since, Google has worked with partners to create something that can work in a corporate environment.

Work profiles have been built on top of Android's default encryption, SELinux, and Lollipop's multi-user support to isolate work data from the rest of the device. This empowers administrators to roll out apps knowing that the data is safe. Likewise, workers can use their phones knowing their employer doesn't have access to their personal life.

An Android for Work app gives devices running Ice Cream Sandwich through KitKat the features that Lollipop can run natively. It also provides secure mail, calendar, contacts, and other functionality. Google has supplemented it with a suite of business apps (Work Chrome slipped into the Play Store earlier this year), and Google Play for Work gives employers the ability to securely deploy them out to users. 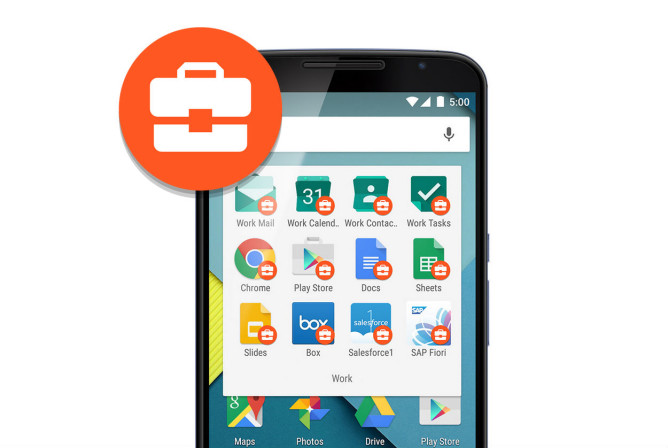 Box, visible in the screenshot above, has already announced its Android for Work support. The enterprise-focused cloud storage app lets administrators access content remotely, modify permissions, and a number of other tasks. 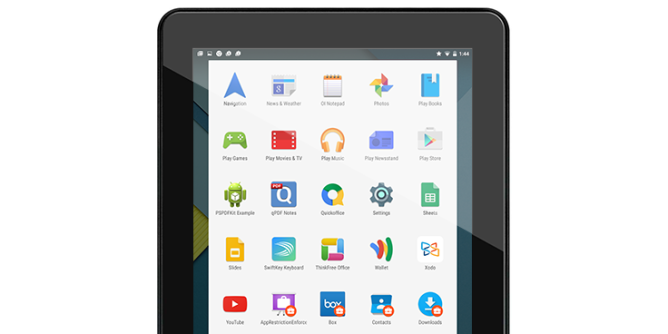 Most folks don't carry around an iPhone, and far fewer still carry around a Blackberry, so this is much-needed for employees and employers alike looking to make BYOD policies work. Google invites interested companies to become partners and help get the ball rolling.