The search giant has reportedly worked on YouTube Kids for quite a while, and by late last week, today's launch date had already leaked out. But the immediate availability of the app marks our first chance to go hands-on. Here's a look at what parents and children alike can expect from YouTube Kids.

At the top of the screen there's a navigation bar of sorts with tabs for TV shows, music, educational content, and general browsing. A large search button sits off to the right, and after a kid views a few clips, a Recommended tab will appear that serves as the app's homepage. Music hums in the background, and each time a child taps on any of these sections, an adorable sound effect eases out of their device's speakers. Getting around is simple. Buttons are big. Videos take up the entire screen. Adjusting location in a video, skipping between clips, and switching shows is all easy to manage. 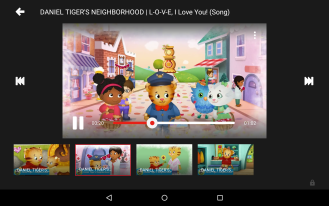 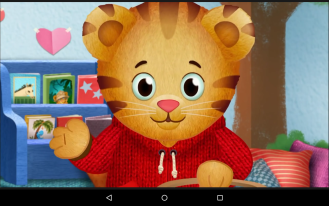 The app organizes content into channels and playlists. The former lets children browse through episodes and select one to view. The latter automatically starts playing a series of clips. I did encounter a couple of ads while testing out the app, and just like with regular YouTube, I was able to skip them after five seconds. None of them featured content I would consider worse than commercials typically aimed at kids.

There isn't much parents have to look out for here, but there are a few options. These settings are tucked away behind a randomly generated PIN that the app provides with the words written out, keeping out only the youngest of users. Once in, parents can set a timer that cuts tykes off when enough is enough and, to really shield the little ones, disable search entirely. They can also turn off the background music if their kids are starting to drive them crazy with it. 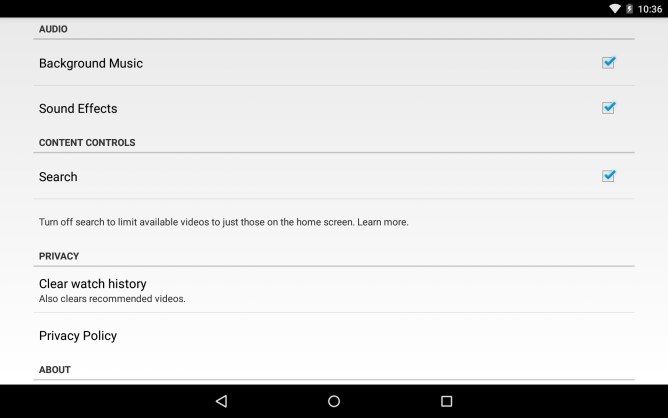 It's worth pointing out that the app isn't screen-pinned, so unless you're running Lollipop and can do so using its built-in feature, kids will still be able to back out and access everything else you have on your tablet. That's one option we would like to see appear in the future.

Out of the box, search already filters out the vast majority of what's available on YouTube. The app refuses to search for some terms, such as sex acts and private body parts. When it comes to violent terms, things are more ambiguous. The app won't search for "gore," but it will check for "blood." However, the latter generally comes up in a first-aid related context, so it checks out.

"Guns," on the other hand, brings up a long list of results, most of which deals with music (such as learning to play Guns & Roses on a guitar), TV shows (TaleSpin's 148th episode is titled "Jumping the Guns"), or other general clips (using a glue gun, listing Minecraft guns, etc.). For the searches that do bring up hits, there aren't all that many results, and I didn't come across any content that should have parents rushing to turn the feature off. There is one piece of information that differs from what we previously reported. This isn't an Android exclusive launch. It's available right away on both Google Play and the Apple App Store. While there was talk about a subscription service, as of now, the full experience is available for free.

Now, if you'll excuse me, I'm off to watch episodes of Chip & Dale Rescue Rangers, Darkwing Duck, and TaleSpin for the remainder of the day.

Since Google appears to have limited YouTube Kids' Play Store availability to the US, we would like to point everyone to APK Mirror, where the app is ready for download. You can find the link below.