Android Wear devices come with accelerometers, gyroscopes, and heart rate monitors so that when wearers do active things, the devices can at least attempt to track what's going on. Jump Rope Wear Counter is an Android Wear app that tries to count your jumps while jumping rope, display how many calories you've burned, and sync the information to Google Fit. For the most part, it works. 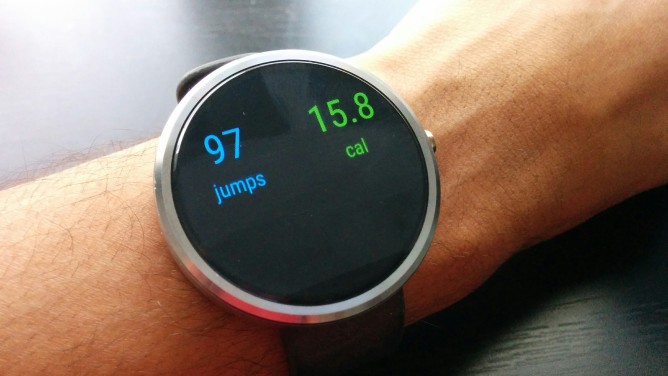 There isn't really much to Jump Rope Wear Counter, but after trying it out for a bit, I can confirm that it's mostly accurate. It maintained a margin of error of only a few jumps. So if my internal count was thirteen, the app would be only one or two off. By 96, it would display something like 91. If you can deal with a wrist-bound pedometer's readings, then this is probably accurate enough.

The app syncs with Google Fit, contributing to the number of minutes you've been active in a given day. It also tells the service that you've been jumping rope, so when you look back, you can tell precisely how you were active during the day. In addition to jumps and calories burned, the companion app also displays the virtual distance you've jumped, pretending you haven't been hopping in place. 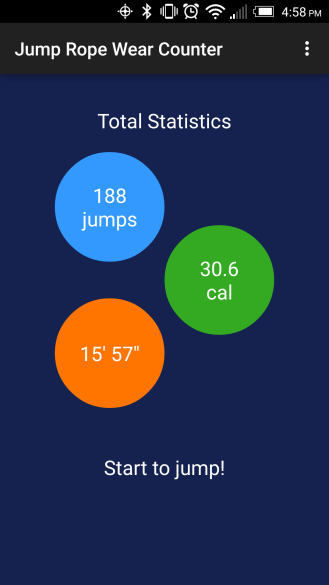 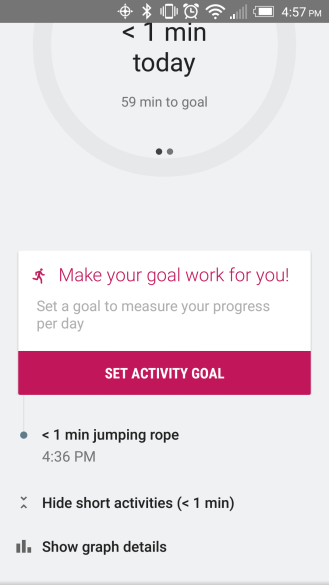 Jump Rope Wear Counter costs 99 cents, and what you see on the Play Store page is what you get. There really is nothing else to the app. There are no in-app purchases, nor are there any options other than the choice to sync up to your Google account. So stop glancing at the screen and go back to jumping.