We're back — and by we, I mean our best bro in the world, Ramit Suri — with another Android 5.1 interface change. This one is all about the screen pinning feature that was introduced with Android 5.0, which receives a small but useful facelift and an interesting change to its settings. 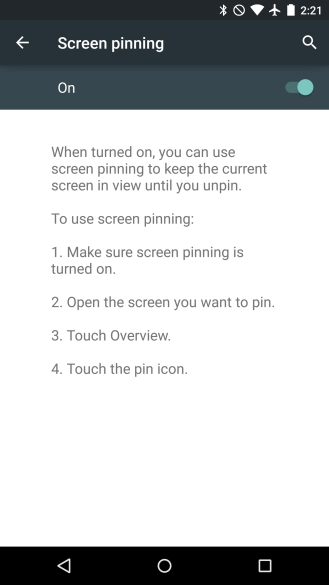 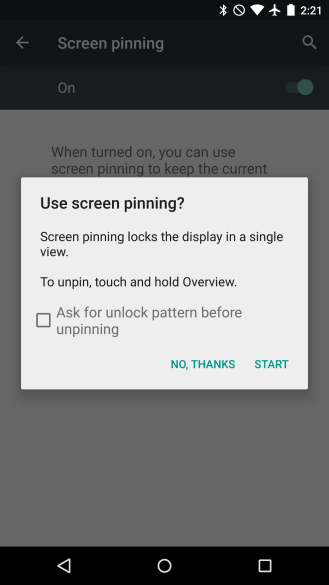 First of all, the above screenshots show how pinning works right now in Android 5.0. The settings screen only has one toggle to enable the feature with a detailed explanation of what it is and how to trigger it. When you pin an app, you get a dialogue explaining what you've done and how to unpin it later. A checkbox is there only if you have PIN or Pattern unlocking set up on your phone, and it appears every time you pin an app.

In Android 5.1, things change a bit. First, the settings screen kept the main toggle to enable or disable screen pinning, but ditched the explanation, and the checkbox for PIN or Pattern security when unpinning has been moved here. This means that you have less freedom on an app pin-by-pin basis, but your preference will be registered once and for all. So if you prefer the more secure route (or the less secure one), you don't have to worry about making the right choice in that checkbox every single time.

While the video only shows PIN as a security measure, other options are available too. If you have previously selected Pattern unlocking for your phone, the option changes to that (left screenshot below). And if you don't have any security measure in place, you get a general lock toggle (middle screenshot) which then lets you specify which method to use (right screenshot). 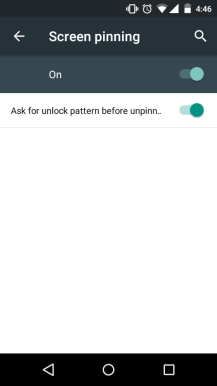 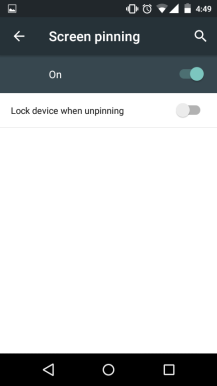 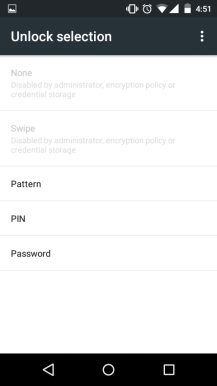 Outside of the settings, the second change is in the dialog that appears when you pin a screen. It's no longer a white box, but a big layer of in-your-face-Material (I'm still not sure how I feel about seeing that much color, but oh well). The real improvement is in the instruction set, which now have highlights around the Back and Overview buttons, in case you (or more realistically the average Joe who doesn't read AP) didn't know what they were.

You'll notice in the video that even though Ramit has enabled asking for a PIN, the app unpins without doing so. It's a bug. Ramit had to disable and re-enable it once to get it working properly.

Alternate title: Android 5.1 Makes It Easier To Pin With A PIN Or Pin Without A PIN, And Clarifies How To Unpin (With Or Without A PIN)

Popular Xposed Module GravityBox Has Been Released For Android 5.0 Lollipop