Search, as the foundational product Google is known for, is obviously something the company is very thoughtful of when it comes to design. Even small changes can cause a big impact on user experience and engagements, so Google is careful about how design tweaks are implemented.

One common method of testing and easing into (or out of) design tweaks is A/B testing (something we recently saw Google experimenting with in the Google+ app). Today, it looks like Google has begun an experiment on its search engine results page when users search from Chrome on mobile devices. Rather than show results in a lineup, separated by gray lines, Google is playing with a layout that puts each result on its own card, underscored by a line colored to match one of Google's four primary brand colors - blue, green, yellow, and red. Here's a quick side-by-side. 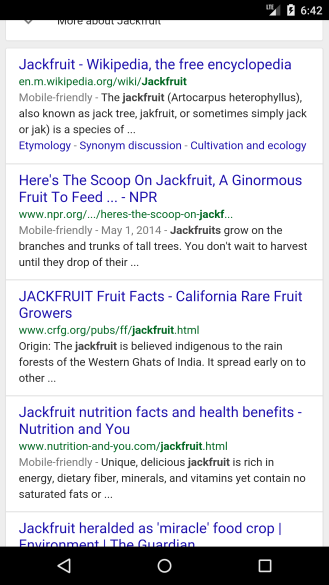 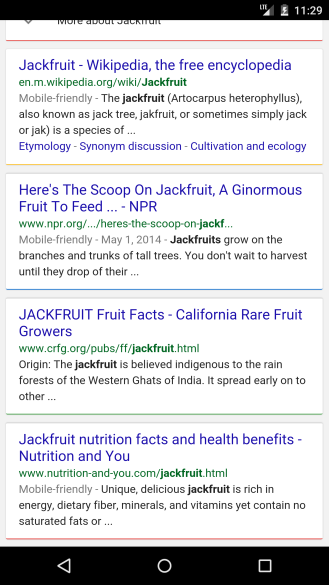 Of course, separating results out into cards does result in a slightly lower information density - note that in the first shot, we can see 1.5 lines of the fifth result, while in the card-based layout, we lose those two lines. That said, perhaps the visual distinction is worth the marginal sacrifice.

We can't be sure yet whether this change will become permanent, but in the meantime what do you think of the potential change?