After months of silence between the developer of Spotimote and Spotify's legal team, Google suddenly removed the premium version from the app store. Nodria, the developer, had heard nothing from Spotify since altering the app name in response to their first legal threats. Their assumption was that the silence meant the change was satisfactory.

Here is a selection of the original letter from Spotify to Nodria:

[Spotimote] includes a derivative version of the GREEN CIRCLE design. Further, the SPOTIMOTE term is confusingly similar to the SPOTIFY mark. The listing likely confuses consumers that the SPOTIMOTE FOR SPOTIFY app is somehow related to Spotify. The app violates our client's copyright and trademark rights.

And here is an excerpt from the removal notice from Google, on behalf of Spotify:

The developer of the SPOTIMOTE app is clearly attempting to trade off the fame of the SPOTIFY mark. SPOTIFY is a neologism and there is no other reason to adopt the confusingly similar SPOTIMOTE mark to promote music offerings. Further, the artwork for this listing incorporates portions of Spotify’s green circle design logo. As such this listing intentionally violates Spotify's trademark rights and consumers are likely to be confused this app is somehow the same as or approved by Spotify.

The claim that anyone would think this app is the same as Spotify is pretty dubious. And as Nodria points out, they gain very little from confusing users. The remote is a remote (get it, Spotimote?) and not a music player itself. Nodria gets bad ratings if users buy or install the app without understanding what it is.

Spotimote's original logo (as seen in this post's thumbnail) obviously has some similarity to Spotify's logo. It's green, though Nodria says it is Bugdroid green and not Spotify green. It has three bars, which are similar to but not the same as the three bars Spotify has in their logo. Of course, bear in mind that this is a remote and is trying evoke the fact that remotes transmit information. Also, there is a Bugdroid. In my non-legal view, the original Spotimote logo does a good job of definitely not looking like it is made by Spotify while also making a subtle connection to Spotify, Android, and the fact it is a remote.

Luckily, Google has left the free version in the Play Store. The logic may have been that Spotify's complaints only held water when Nodria made money. So, hoping to salvage something from this mess, Spotimote is now Timote. Here's the new, even less Spotify-esque icon:

In all honesty, this is a much nicer looking icon. The old logo showed its age, since Spotimote had been out since 2011. If you'd like to know more about Timote, it is simply an Android interface for controlling the Spotify desktop client on Windows. You download Nodria's server application on your desktop and Timote communicates with it over your local Wi-Fi connection. If it sounds like a very specific use case, you're right. Timote's developer first built the application for himself, later deciding to share it with others.

The legal concerns in this case are difficult to evaluate without the training to do so, but on its face this stinks. It is difficult to construct an argument that says Spotify was experiencing harm due to whatever similarities existed between Spotimote and Spotify. On the other hand, it is easy to sense the unfairness in the way the app was removed from the Play Store without warning and on dubious grounds. 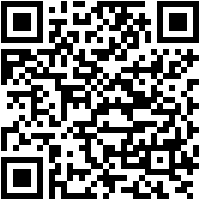 Achievements, Leaderboards, And Multiplayer Show Up More Prominently In Search Results And ... Developers: Look Out For This '3-Day Notification Of Google Play Developer Term Violation' ...