Back in 2014, one of the changes spotted in Google Search was support for settings toggles through voice commands. At the time, the feature wasn't complete — it merely gave you a shortcut to open the corresponding settings panel. That wasn't helpful at all, since you had to use your fingers to make the change, which would have been done much faster through the drop-down quick settings. In Lollipop, starting with 5.0, some of these toggles work as they are supposed to, through voice commands alone and without the need for some third-party hack like Commandr. 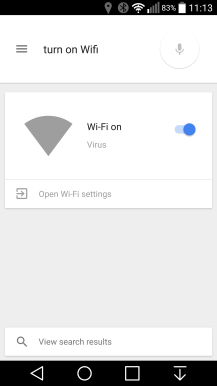 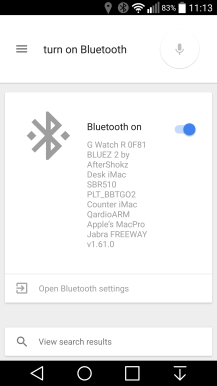 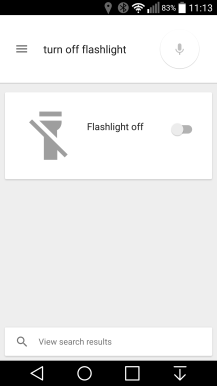 "Turn on/off Wifi, Bluetooth, or Flashlight," are all currently working in Google Now. You get an audio feedback letting you know that the action has been triggered, then the magic happens. A card and a small toggle are also displayed, to help you quickly revert the change if you made a mistake. It is handy for those times when you don't want to bother with drop-downs or when your phone isn't right next to you. The flashlight action also works on devices where the OEM has stupidly decided to remove the toggle from the notification drop-down, like the LG G3. It's definitely faster than launching a third-party app and cleaner than using a widget. 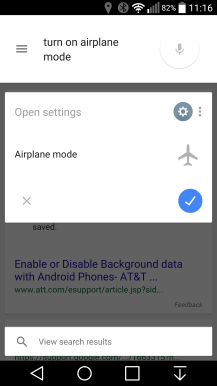 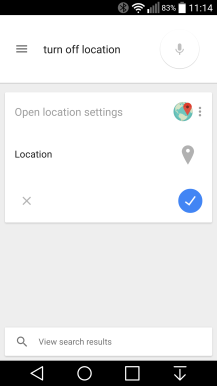 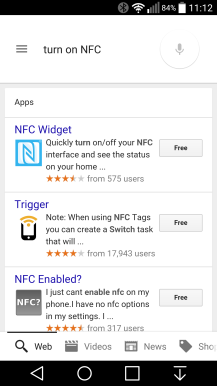 I've tried more commands, but none seem to work beyond these three. Airplane mode, Location, Brightness, and Volume still send you to their settings tabs. NFC and Data aren't even recognized as triggers.

As I mentioned at the beginning of the post, this works exclusively on Lollipop for now — KitKat devices with the latest Google Search version still show the old behavior of launching into settings. And even though we just came across this option, we're not sure how long it has been available for, it might have been enabled with one of the recent Search updates or it could have been there all along since Lollipop's launch.