An interesting design change has been spotted on the Android client side of the Google Play Store. Usually, when you're scrolling through a list of apps and games, whether it's a search result or the Store's own top lists, you see the app's icon, name, developer, star rating, price, and the quick options button. However, the star rating seems to be getting bounced back to second-class citizen state when more appealing features are available, like Achievements, Leaderboards, and Multiplayer. 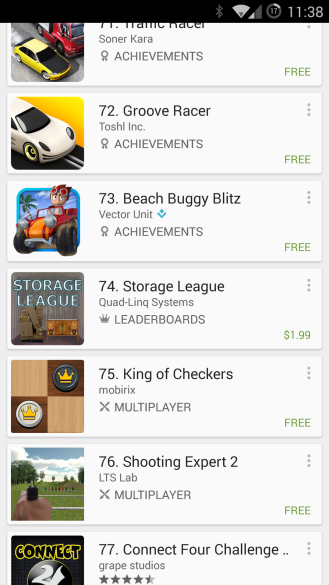 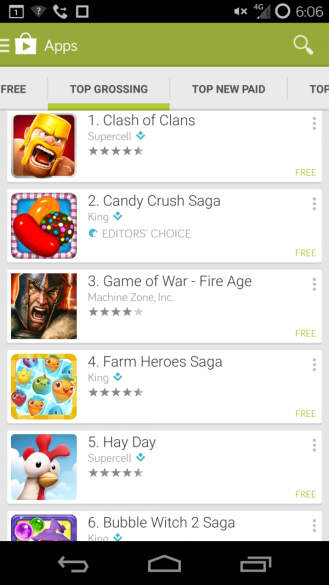 Only one option of the game is deemed worthy of the spotlight, with a hierarchy system determining which one that is. Editor's Choice (which isn't new here, it used to show up before) remains king. Regardless of the presence of other features, it will always be the promoted one — eg. CSR Racing. Multiplayer comes next, it trumps both Achievements and Leaderboards — eg. Race Illegal: High Speed 3D. And when a game only has Achievements and Leaderboards, the former is shown instead of the latter — eg. Asphalt 8: Airborne. The star rating only surfaces when a game doesn't have any of these options.

The change appears to be triggered server-side and should already be live for most devices. The web Play Store isn't showing it thus far, sticking instead to the star rating. I kind of prefer it that way. I've always wanted an option to quickly see these Play Games features while performing a search, but I don't know if I'd like to see them instead of the star rating. After all, if a game isn't good, it doesn't matter what features is has or doesn't have.