Sprint offered the original G Flex, and the sequel was announced on Sprint (and AT&T/US Cellular) a few weeks ago with pre-orders starting on February 20th. If you want to get your hands on the new curved phone from LG, Sprint's pre-orders are live just as promised. If you pull the trigger, Sprint will even throw in a free Quick Circle case for the device (a $59.99 value). 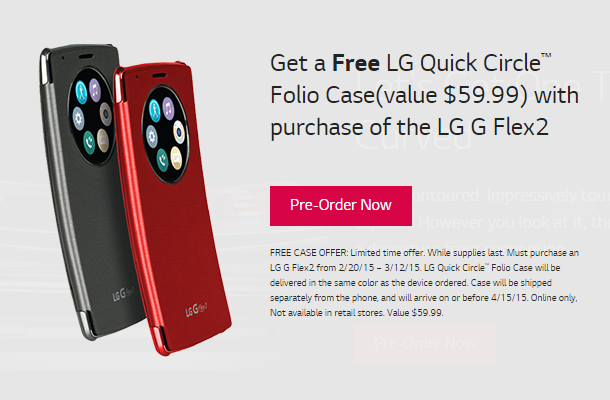 Buyers should get their phones on or around March 13th. It comes in your choice of volcano red or platinum silver. The site is acting a little wonky right now, but give it a little bit.

PSA: Toggling WiFi, Bluetooth, And The Flashlight Works Flawlessly With Voice Commands In ...