The future, according to Regular Show, contains a sport where people throw balls at each other in a 3-on-3 contest involving cannons and portals. This spectacle goes by the name of Grudgeball, and Cartoon Network's latest Android game lets you experience it for yourself.

Fans of the network's mobile games won't be disappointed to find that Grudgeball: Enter the Chaosphere is another highly-animated game centered around familiar characters and simple play mechanics.

This time around, the premise consists of having your team outlast the other through a combination of powerful attacks (think fireballs, explosions, and poison) and skillful dodges. Successful strikes deal numerical damage RPG-style, which experienced gamers may recall from an old handheld title by the name of Super Dodge Ball Advance (edit: itself part of a much older franchise). Cartoon Network's take on the genre just happens to come a decade and a half later (part of what makes it futuristic, I guess). Grudgeball supports local multiplayer, with two people sharing a device to lob balls back and forth. The game costs $2.99 to download, and there aren't any in-app purchases. All things considered, extreme Regular Show fans may find this taste of the future to be a great way to pass the time in the present. 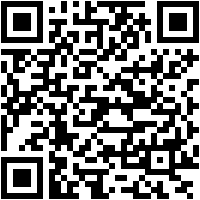 Palabre Is A New RSS Reader With A Simple, Material Design And Feedly Compatibility

[Update: Gone From App Drawer] Latest Apex Launcher Update Has Users Up In Arms Over New ...