Samsung still makes more phones than anyone, so when Android 5.0 rolls out to its flagship devices, that's when you know the latest version of Google's mobile operating system is really getting in front of people. Users have started to report that T-Mobile is currently pushing out Lollipop to the Galaxy S5. 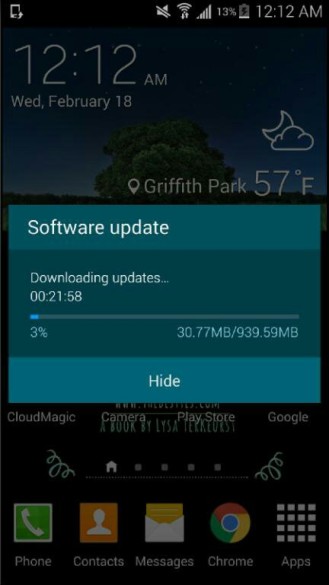 T-Mobile isn't the first to push Lollipop out to the S5 here in the States. Surprisingly, that title went to Verizon earlier this month. The over-the-air update is coming in at over 900MB, so the download may take a while. The build number is reportedly G900TUVU1DOB1.

Leaks and reports on Samsung's version of Android 5.0 have been circulating for months, so if you don't know what to expect, here's a video from the folks at SamMobile.