There have been a number of rumors regarding Samsung's intention to build its own mobile payment platform to compete with Apple and Google, and maybe now we know how. The Korean company just bought mobile payment start up LoopPay for an undisclosed sum. Using LoopPay is a little like NFC, but it works on 90% of payment kiosks using standard magnetic stripe readers. 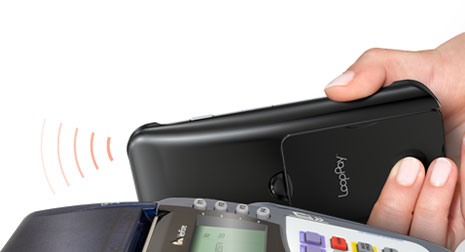 LoopPay is based on a technology called Magnetic Secure Transmission (MST). You enter your card info into the LoopPay app, then use a LoopPay dongle or phone case to transmit the data to a magnetic stripe reader by holding it up to the kiosk. The system apparently does work, but you'll get some weird looks from cashiers.

Samsung was previously in talks to integrate LoopPay tech in its upcoming phones, but apparently buying the company outright made more sense. You currently need to add a case to your phone or pair it with a separate key fob to make payments, but maybe the Galaxy S6 will have that all built-in. We'll find out in a few weeks.