Microsoft OneDrive, in its first beta release, is showing off a totally revamped Material interface. It seems there are no feature additions from the latest stable version, so we're talking strictly cosmetic changes. But when comparing old to new, is that really such a bad thing? 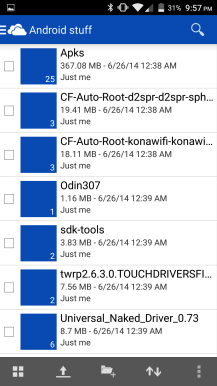 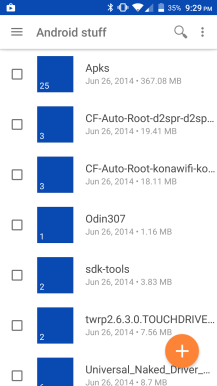 This side-by-side might be the best argument for floating action buttons I have ever seen. The old version's controls on the bottom just seemed a very inefficient use of space and, overall, were just plain ugly. Here's another look at the update: 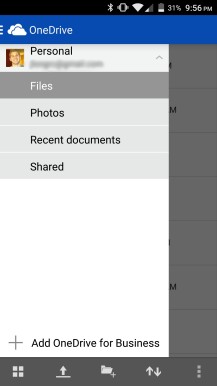 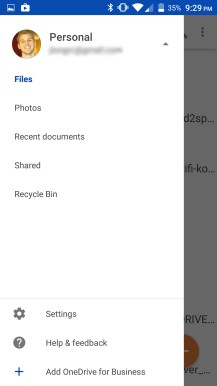 It doesn't take a very close look to see this is a big improvement. Still, there are a few things they should work out. The use of color is very odd in the new version. The status bar is the OneDrive blue, but the action bar is now white. Meanwhile, the FAB is orange for no obvious reason.

Microsoft has had a Google Plus community for "OneDrive Preview" for a little while, but this is the first release under the official beta program.

You don't have to join any groups to grab this beta. Just download to your device, install, and have fun.

HTTP/2 And HPACK Protocol Specs Formally Approved By The IETF