Imagine somebody tells you they have an idea for a revolutionary new bicycle. Except it has a gas engine. And headlights. And can be driven at up to 35MPH. You might - mistakenly! - contend that what this person is talking about is in fact a motorcycle, and that it already exists, and why on earth would you invent a motorcycle with skinny bike tires, a tragically low top speed, cantilever brakes, and no sprung suspension (concerns of cost aside)? This, though, ignores the fact that it is in many ways different from a motorcycle, does most of what you need a motorcycle to do, and is categorically worse at every single one of those things. Meet Neptune Duo - a smartwatch that comes with a large, secondary device you put in your pocket to serve as a screen and input assistant. You know, like a smartphone, but way dumber.

So, if you know Neptune, you know they've already made a ridiculous smartwatch, and it's called the Pine. It is an absolute and utter affront to usability, practicality, fashion, and the common sense I hope we as individuals all possess, even if sometimes our gadget-lust gets the best of us and causes us to leave delusional Amazon reviews defending indefensible products.

The Pine is gigantic, desperately ugly, and about as ergonomically appealing as an Eames lounge chair upholstered in live porcupines. The good news is that the Neptune Duo's smartwatch component looks absolutely nothing like the Pine, because seriously how did that actually get funded on Kickstarter. The watch has a quad-core processor, 1000mAh battery, 3G/4G connectivity, Wi-Fi, GPS, and NFC.

Neptune Duo appears to have a curved display, and a much more fashion-friendly, thin-ish slap bracelet design. I personally don't think it looks half bad in these 100% conceptual renders, though beauty is in the eye of the beholder. Like the Pine, it will have a SIM card, and serve as a standalone smartphone replacement instead of a tethered peripheral. Instead, the not-smartphone "Pocket screen" (a 5" touchscreen) serves as the accessory, allowing you to read large amounts of text, input text, take phone calls (without a Bluetooth headset), and do the other stuff that, if you were to do it on a smartwatch that claims to be a complete standalone phone, would be maddeningly difficult and annoying. 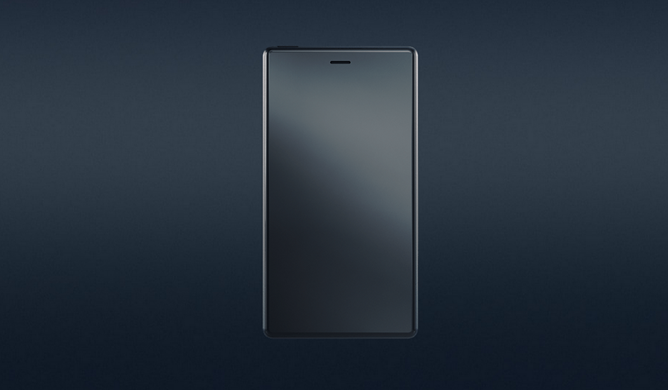 You can pre-order the Neptune Duo today - it will cost $798 when it maybe goes on sale in late 2015 (with the possibility it will look substantially less cool than it does here), or you can get the promise of one for $500 today - $300 off in exchange for your vote of confidence (or less, if you want a smaller discount).

Neptune Unveils Neptune Duo-Reinventing the Smartwatch and the Smartphone

Your Wrist Rules. Your Pocket Serves. Learn more at getneptune.com

"The current wearables market is saturated with Bluetooth-paired smartwatches and fitness bands," said Simon Tian. "The issue is that they all depend on the presence of a nearby smartphone in order to have full function. This is mainly because the wearable usually acts as a 'dummy' device that tethers to your smartphone, the 'master' device. But what if the roles were reversed? What if smartphones were completely rethought to simply become dummy pocket-sized displays, void of any computing or connectivity, that paired with a smart wearable on your wrist instead? That's what Neptune Duo is."

Your Wrist Rules. Your Pocket Serves.

With a powerful quad-core processor, as well as support for 3G/4G, Bluetooth, Wi-Fi, GPS and NFC, Neptune Hub is the world's smartest wearable. The Hub wirelessly interacts with Neptune Pocket, a 5" interactive dummy display - a peripheral-equivalent to the modern day smartphone. Much like a mouse, a keyboard, or a computer monitor, the Pocket screen is simply an interface for the Hub. It's not very smart, it doesn't need to be.

Neptune Hub lets users place calls, send and receive messages, glance at notifications, track fitness and much more - all directly on the wrist - all on its own.

With or without the Pocket screen, the user will always stay connected with the Hub. Pocket screens are interchangeable as well; borrow one if you don't have yours. Never worry about forgetting your phone again.

With all apps and files stored on the Hub, a lost or stolen Pocket screen doesn't mean lost data anymore. All personal information will always stay securely on the wrist.

The Pocket Screen Doubles as a Battery Juice Pack.

The Pocket screen can act as a portable battery juice pack for the Hub, recharging it when it needs more power. With a combined battery capacity of 3,800 mAh, Neptune Duo can last a few days of normal usage on a single charge.

Neptune Duo runs on Lollipop, allowing you to experience all Android apps right on your wrist and in the palm of your hand.

Neptune Duo is set to be released in late 2015. Reservations are now available for free at getneptune.com, with $798 to be paid at shipment. Reservations may be cancelled at any time up until shipment.

Pledge tiers are also available for a limited time.

Neptune designs and develops consumer electronics that aim to enrich people's lives through the power of disruptive technology and intuitive design. Neptune's first product, Pine, was the world's first independent smartwatch. Neptune Duo, set to be released in late 2015, will reinvent the smartphone and the smartwatch.

Pushbullet Updated With Support For Replies Via Hangouts, WhatsApp, And More On Your Computer

Hulu Introduces Watchlist, Its New And Smarter Way To Keep Up With The Shows You're Currently ...