The Galaxy Note Edge is a little weird, a little out there. So it's only appropriate that Samsung has chosen Australia as the first place to roll out the phone's Lollipop update. According to SamMobile, Note Edge owners in Oz started seeing the update late last night local time, at least for the SM-N915G variant of the phone. As far as we've seen, Australia is the first market to get the update for the Note Edge. 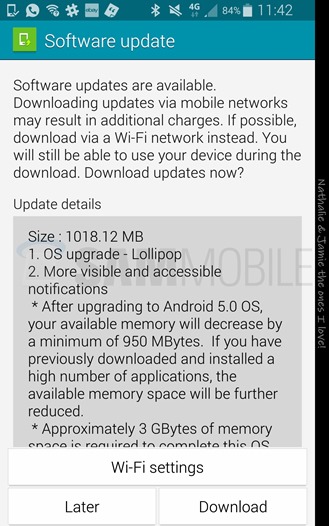 This build is Android 5.0.1, just a tiny bit behind the current AOSP release, and it weights in at just over a gigabyte. (Thanks, Samsung software!) At least some Australian owners should see it come in via a notification immediately - because the Note Edge has a relatively small retail release, it's possible that Samsung could upgrade all units at once. If not, SamMobile is hosting the firmware files for a manual flash.

Hulu Introduces Watchlist, Its New And Smarter Way To Keep Up With The Shows You're Currently ...