NVIDIA announced the latest push for its GRID cloud gaming service earlier today with Saint's Rov IV and more titles in the coming weeks, and now there's a SHIELD Tablet update to go along with it. In addition to enabling more GRID games, the update improves a few aspects of the device. It will stay on Android 5.0.1, though. 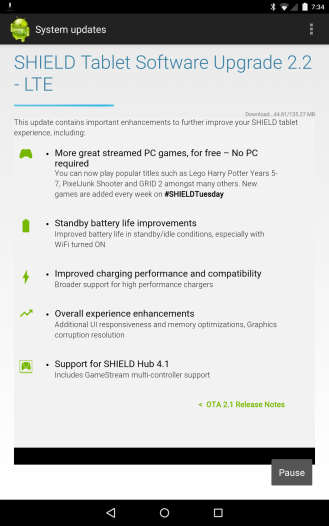 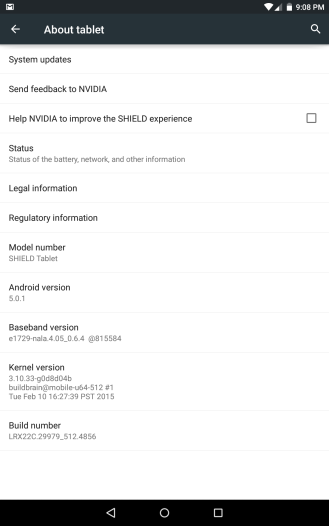 The changelog is visible in the screenshot above, but here it is again just for good measure.

The update is available to both the WiFi and LTE version of the tablet. While the download is a little under 100MB for the WiFi variant, it's about 135MB for the LTE. You can get it immediately by heading to the system update menu in the settings.

Developers From Bolivia, Jamaica, Panama, And 9 More Countries Can Now Sell Paid Apps On The ...