The currently-available Anki Drive series of toys are undeniably cool, allowing players to drive tiny remote controlled cars along real tracks with their smartphones while the app keeps track of video game-inspired additions like weapons and power-ups. The next iteration of the toy, Anki Overdrive, is set to take things to the next level when it debuts this fall. The most visible addition is the new piece-by-piece track system, including risers for overpasses and jumps, walls for faster banks, and a modular design that allows for near-infinite expansion. It's a mixture of classic Hot Wheels tracks and modern electronics. 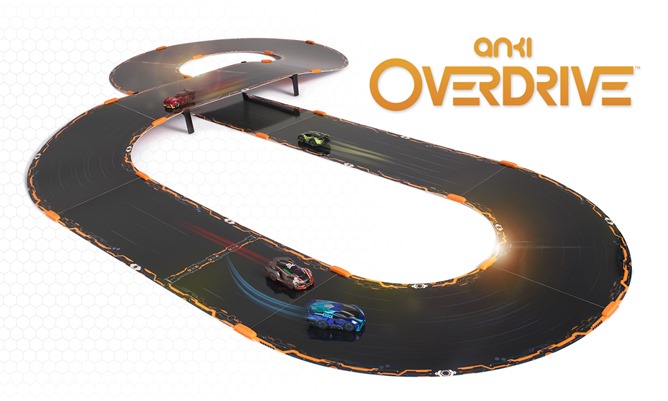 When you begin a new game of Anki Overdrive, the miniature cars will drive themselves around the track, learning the layout and any special sections for themselves. Players then shift to manually controlling their cars, with the software underneath adding in weapons and upgrades. For example, if you deploy an EMP weapon on your opponent in front of you, the game will register a hit and slow down the real car on the track. Combined with the new modular tracks (the current Anki Drive tracks are rolled out like carpet and can't be modified), it creates a surprisingly immersive experience.

Here's a hands-on look from the Wall Street Journal, which is a little more grounded than Anki's own TRON-inspired trailer.

But that's not all. In addition to the new tracks and hand-painted cars, Anki is also beefing up the digital portion of the experience. Players level up their drivers and cars to see real-world performance improvements. The new system will also include a backstory and AI bosses, which take over one car in a multiplayer match or go head-to-head with a single player. 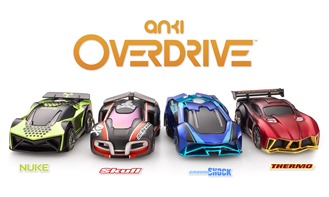 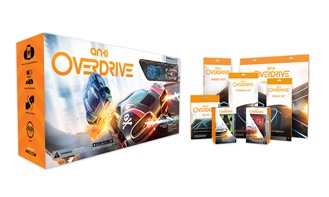 Anki Drive was Amazon's second-best selling toy during the holidays last year, losing out only to Disney's unbeatable Frozen dolls. The Overdrive system of cars and tracks will be available this September. The starter kit with two cars and a figure eight modular track will go for a pricey $150.