But man, the carrier sure took its time. Three months after the world has had time to become acquainted with Lollipop, Verizon has decided to push KitKat out to its 7-inch tablet. As part of the over-the-air update, users get screen casting, wireless printing, and other features they've had more than enough time to get to know on other devices. 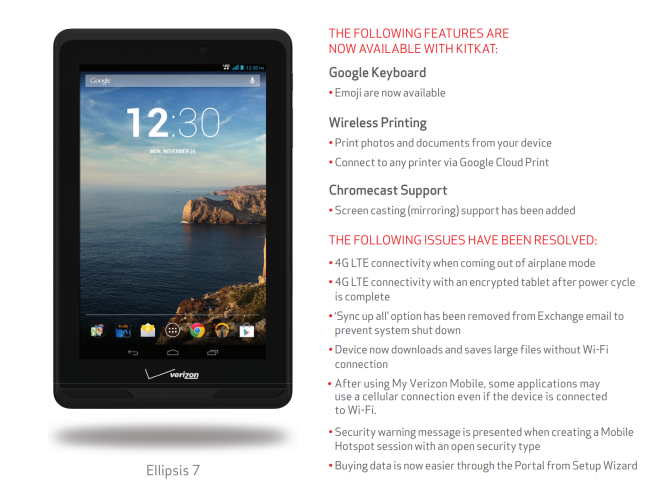 The Verizon Ellipsis 7 wasn't a particularly good tablet, but it was LTE-enabled, and it retailed for $249.99. That made it affordable, if nothing else. Now its software is a little less out of date, but it's still pretty old.