Merchants of Kaidan is a game of buying and selling. If there's action—say you lose a finger in a bet, or a winged beast is pursuing your ship—it's only part of the inherent risk in bringing goods to market. People out there have money to spend, and you can't be timid if you want your share of it.

That's the sense of purpose that guides players through Merchants of Kaidan, a trading game with RPG elements that may get some players thinking back to Sid Meier's Pirates!, only with merchants and less combat (along with noticeably fewer eye patches). The challenge here is from acquiring goods without getting robbed, buying low, and selling high. With limited space open for transport (by land, sea, or air) and each of the four seasons having a direct effect on the marketplace, making it rich probably won't be as easy as it seems.

One thing you should be able to pick up from the screenshots is that Merchants of Kaidan is not the most visually immersive experience. You will spend a good deal of time looking at static backgrounds and moving around non-animated images. But sometimes you're treated to a view of the overworld, a moment of travel, or a brief mini-game that brings in the polygons. Merchants of Kaidan consists of over 100 quests spread across four storylines, with the primary plot centering around avenging your father's murder. With changing variables, the game might just hold up through multiple playthroughs. For $5.99, you get the full experience. The merchants at Forever Entertainment aren't trying to nickel and dime you with this one. 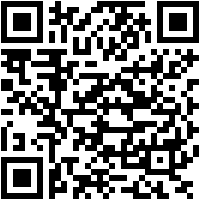