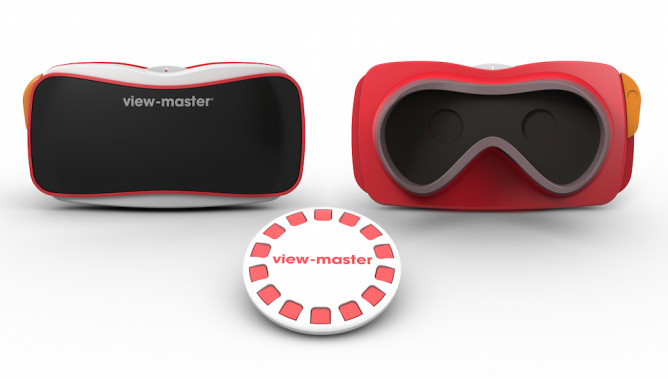 The new View-Master is basically a higher quality Google Cardboard shell made from plastic. Just like Cardboard, you insert a phone to act as the screen, then look through the lenses to get a 3D view of the image. It will allegedly hold any phone, but it's not clear how you'll secure devices inside. It will work with all existing Cardboard apps, of course, but Mattel is also creating a special augmented reality experience that makes use of the reels.

You won't insert reels into the device like you did back in the day. The reels instead act as triggers for different VR experiences when set in front of the viewer. This is all optional, though. Content can be downloaded without buying an additional piece of plastic, but kids like to collect things (also, money).

The new View-Master isn't only for kids, unless you count your inner child. It'll fit on your adult face just fine. The View-Master will ship in the fall for $29.99. The optional reels will cost $14.99 each.