Google introduced the Helpouts service, a special version of live video Hangouts specifically intended for instruction and guides, back in November of 2013. The Android app followed shortly thereafter, allowing users to access paid and screened experts for a variety of skilled or specialized tutorials. Apparently it hasn't been as popular as Google had hoped: the company has informed users that the service will be shutting down on April 20th.

Google posted the following explanation on its support site and issued the same statement to users via email:

We have some sad news to share: Helpouts will be shutting down on April 20, 2015.

Since launching in 2013, Helpouts has been a home for people to connect with experts on topics they want to learn about or seek advice and solutions to everyday challenges. The Helpouts community includes some engaged and loyal contributors, but unfortunately, it hasn't grown at the pace we had expected. Sadly, we've made the tough decision to shut down the product.

We want to thank our community for all their support — both the providers who shared their expertise with the world, and the people who needed some extra help or advice along the way. You've had a lot to contribute — and we've loved learning alongside you.

A little lower in the FAQ, the company explains that "unfortunately, [Helpouts] hasn't grown at the pace we had expected. Sadly, we've made the tough decision to shut down the product."

The Android app for Helpouts has already been removed from the Play Store. While the service is still accessible to users on the web, Google is no longer accepting applications from new providers. The company assures those providers who are actively using the service that they will be paid for their time up to April 19th, the last day that consumers will be able to schedule a live Helpout. Helpout partner sites are shutting down as well. 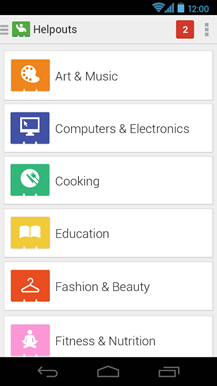 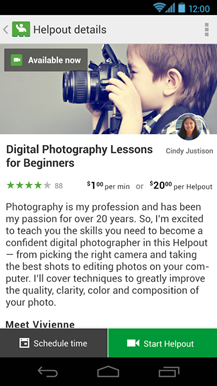 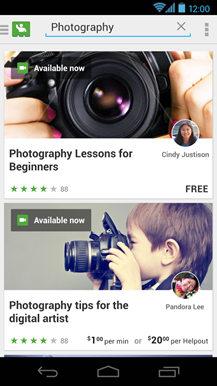 Google's work on the project isn't going entirely to waste. We know that the bones of Helpout are being put to at least some sort of use - Google is using it in conjunction with retail-style salespeople to offer video assistance to Play Store device shoppers in the United States.