After getting a sneak preview last week, it's time for Google to unleash another update to its Play Services package. There usually aren't very many highly visible changes in these updates, and this version is no exception. The APK Teardown already gave a pretty solid indication that this version will be responsible for scheduling firmware updates on Android One devices, and it contains an experimental Smart Unlock method based on Activity Recognition; but most of us probably won't see either of these for a while. The only change that seems to stand out is in the Google Settings app, which has been broken up into two categories: Account and Services. And the list is now alphabetized. 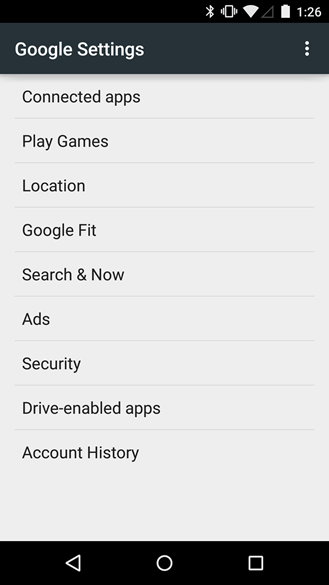 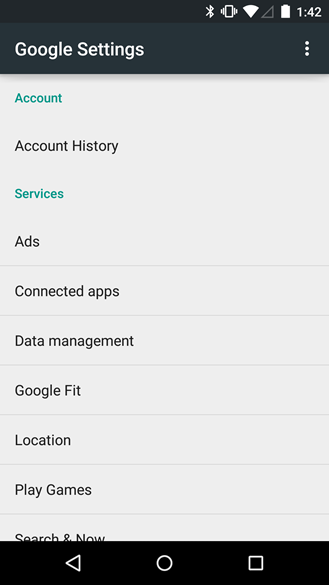 Within the list, you'll also notice "Drive-enabled apps" has been renamed to "Data management." Perhaps this is meant to reduce some confusion or there may be non-Drive settings going into it at a later time. It's also possible that this little tweak indicates a deeper, strategic integration with Drive in the near future. It's an interesting change, even though it may turn out to be completely irrelevant.

Just because there aren't any other notable changes right now, it doesn't mean Google won't flip the switch on something new, so keep your eyes open for other changes that may crop up in the days and weeks ahead. I'll also run through another teardown, just to be sure something didn't slip into this release at the last minute.

Play services will automatically update itself sometime over the next few days, if it hasn't done so already. If you're in a rush to pick up the latest version, we've got most of the device variants available at the link below.

Indie Hit OlliOlli Skates Into The Play Store With Support For Shield Portable Only And A ...