Google is reportedly experimenting with a new feature called YouTube Radio. According to Google Operating System, this addition will enable you to create a non-stop music station filled with music similar to what's currently playing. It's apparently only available to a limited number of users for the time being, but here's the pop up they're seeing. 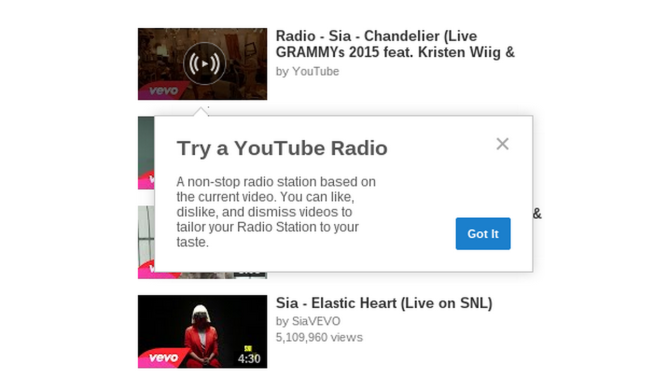 After creating a station, you can like, dislike, or dismiss videos in order to tailor the content to your liking. It's the formula that Pandora made famous, one that has become standard among music streaming apps ever since, including Google Play Music.

This feature follows an existing one called YouTube Mix, which automatically creates playlists based on the artist you searched for and musicians similar to them. Think of YouTube Radio as a playlist that never ends.

The source link doesn't contain much more in the way of details, and whether YouTube Radio has anything to do with Music Key remains to be seen.

Blu Studio Energy Review: I Wish Every Phone Had A 5,000mAh Battery