Google's Project Tango, which enables users to manipulate objects i a 3D virtual space using sensors and a motion-tracking camera, has already been used to do cool things. NASA has worked to incorporate Tango into autonomous, space-aware robots. Limbic has integrated it with its popular Zombie Gunship franchise, requiring players to physically maneuver above the zombies they're trying to rain munitions down upon. Now a team based in Venice, California has developed an app that lets you create sketches and physically move around them.

With Space Sketchr, as the app is known, you can draw a word on a touchscreen, take a step forward, and turn around to view the letters from behind. Alternatively, you can move backwards as you spawn each letter, giving the word a sense of depth. Or you can just run around with your finger held down and see what you're able to create.

In a way, the app by Left Field Labs turns you into more of an engineer than an artist. After you're done constructing something, other users are able to view and explore what you've built. 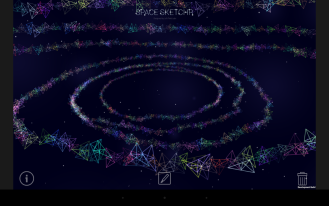 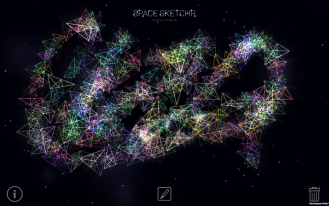 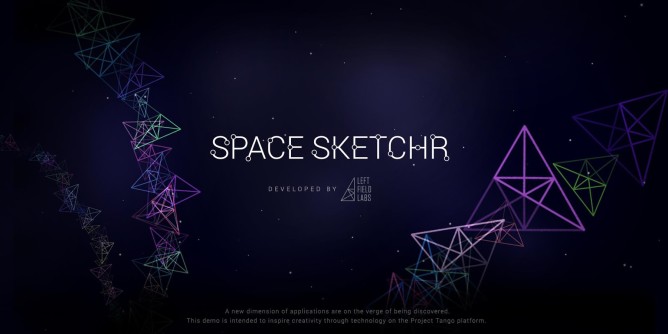 Space Sketchr is already on Google Play for the relatively few people who already own a compatible device. The rest of us will just sit here ponder if Tango can do this to simple doodles, what else is in store? Bloomberg Confirms Past Reports That Galaxy S6 Will Debut In Two Variants - One Curved, One Flat