Last week the scuttlebutt around the strangely popular world of tech corporate acquisitions was that Microsoft had purchased Sunrise Calendar, a good-looking and well-received alternative to built-in calendar apps on Android and iOS. Today Microsoft has stated that yes indeed, they bought it, though they haven't confirmed the reported $100 million dollar price tag. The confirmation came in the form of a YouTube video that has oddly been set to private, but various news outlets including VentureBeat got a look at it before it went dark. 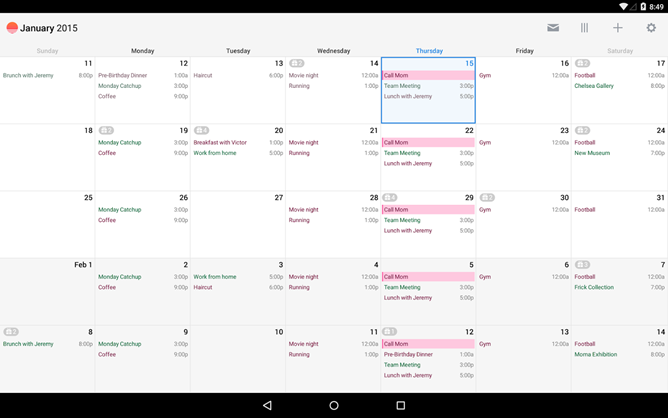 Microsoft's current wide-reaching strategy seems to be "build everything on everything." The company has released dozens of apps on Android and iOS, including free versions of its Office suite, and their latest project has been a mobilized version of the once-ubiquitous Outlook email client. The Outlook app is particularly pertinent to the acquisition of Sunrise Atelier: not only does the desktop version feature a fairly complex calendar, the mobile app is actually a re-skinned version of Accompli, which Microsoft purchased in a similar manner late last year.

It's a safe bet that Microsoft wants either the Sunrise app, the developers who created it, or both for their own ever-expanding selection of cross-platform mobile apps. We should see some fruit of the union in the next few months. It appears that Sunrise is continuing to operate normally for the time being.

It's now double official. Microsoft announced the acquisition on its official blog, neglecting to mention exactly what would happen to the existing app as the team transitions to a new company. Sunrise has confirmed the same thing on their own website.