Exclusive titles like Half-Life 2 and Portal have served to make Nvidia's Shield devices more attractive to gamers, but that's usually about graphical optimization. The newly released OlliOlli is a bit different. This is a retro-themed skateboard stunt game that previously resided on Steam. Now it's on Android and exclusive to the Shield Portable. Yes, the Portable. Oh, and it's $12.99, just like the Steam version.

I've never played OlliOlli, so I won't judge it too harshly. I will say I'd be skeptical paying $12.99 for a side-scrolling skateboard PC game like this. On Android, however, you have to admit this pricing is way out of line with reality. It might be a cool game, but the intersection of people willing to pay $13 for an Android game and those with a Shield Portable is undoubtedly tiny. 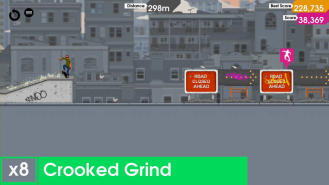 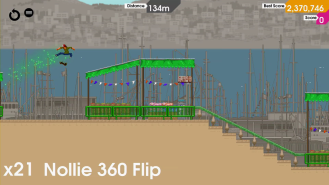 The limitation probably has something to do with controller support, but there are other games that require controllers and can still be installed on tablets. It's just up to you to pair the controller—I'm baffled. For better or worse, OlliOlli is on Android now. Hopefully support will be expanded at some point, otherwise you probably won't be playing it. 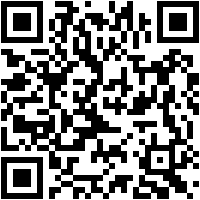