Unfortunately, early reviews are brutal. We're seeing a clean run of one-star reviews for reasons ranging from crashes to a lack of Chromecast support. 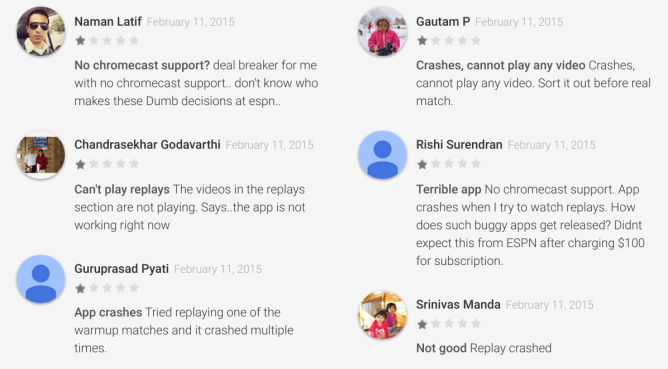 Considering how much users had to fork over, the disappointment is understandable. Hopefully ESPN smoothes things out over the next couple of days.

Google Is Testing A Mysterious New Mobile Payment System Called "Plaso" That Sounds A Lot Like ... Blu Studio Energy Review: I Wish Every Phone Had A 5,000mAh Battery