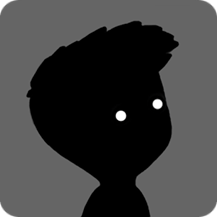 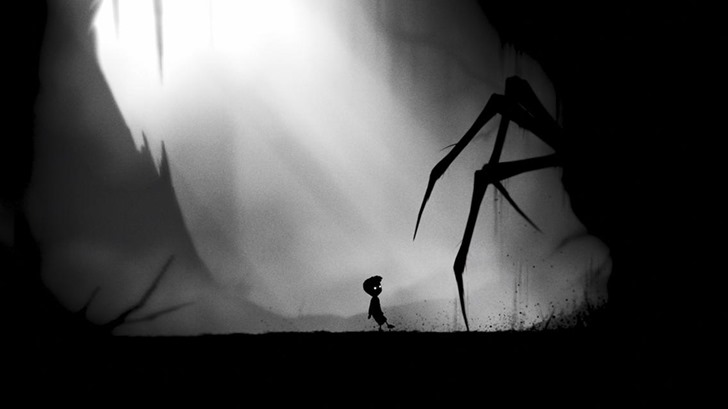 In English, the word "limbo" can refer either to a party dancing game where participants walk under a horizontal bar or a theological concept referring to plane of existence between life and damnation. Take a look at the screenshot above. Which one do you think the game LIMBO is about?

LIMBO debuted on Steam, Xbox Live, the PlayStation Network and other download services back in 2010. It helped kick off the current trend for dark and moody platformers focused on exploration and atmosphere more than twitchy action. You play a young boy trapped in a nightmarish twilight as he searches for his missing sister. The best way to describe LIMBO is... creepy.

Trailer for the PlayStation Network version of LIMBO. It looks very similar on Android.

Seriously, creepy. While not overtly gory like most horror games, LIMBO's black-on-white visuals and nightmarish enemies tend to stick with you long after you put the game down. While solving various puzzles you'll encounter gigantic spiders, disembodied limbs, suicidal brain-sucking parasites, and plenty of other things that go bump in the night. There are only a few human characters in the game... most of whom want to kill you too. If you're not comfortable seeing a little boy horribly mutilated over and over, even in the somewhat tame cartoon graphical style, stay away.

If none of that dissuades you, then you'll be glad to hear that LIMBO has earned critical acclaim both for its slow-paced puzzle gameplay and its presentation. The mobile version is $5 with no in-app purchases - half of the current price on Steam.