Sony's smartphones and tablets have had a nearly universal aesthetic over the last few years, focusing on hard angles and monochromatic designs. It's a good look, but the company seems to be shaking things up a bit with the low-end Xperia E4. This budget device translates Sony's industrial design into a softer, curvier plastic body. The white version is two-toned, Nexus-style, with a white housing and black screen bezel. Other touches, like the middle-mounted power button, are more familiar. 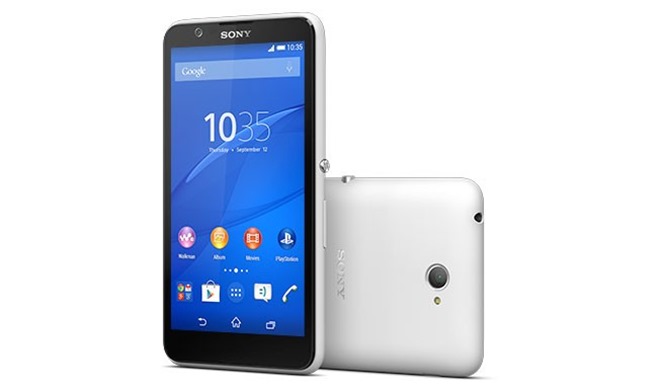 The phone uses a five-inch screen and a qHD LCD panel - that's a little q, 960x540, not the other QHD. (Hey Sony, I wouldn't be so quick to use a confusing term for a standard resolution.) Inside is a rather pedestrian 1.3Ghz MT6582 quad-core processor from MediaTek, one lonely little gigabyte of RAM, "up to" 8GB of storage space plus whatever you can fit in the MicroSD card slot, and 5MP and 2MP cameras on the rear and front, respectively. (The rear camera has an LED flash - not always a given for this market segment.) The battery is 2300mAh, which is pretty small considering the phone's chunky 10.5mm profile, and the software is Sony's skinned version of Android 4.4. Compare the new design to last year's Xperia E3: that model had a smaller 4.5-inch screen, but used a Snapdragon 400 processor.

Sony says that the standard model of the Xperia E4 and a dual-SIM version will go on sale "from the middle of February 2014." I'm just going to assume that they meant this month. The detailed spec sheets list slightly different radio bands for different markets, none of which include LTE. White and black versions will be available, but Sony neglected to include a price... which is kind of important when you're competing with the likes of Samsung and Motorola for the dollars of budget-minded smartphone shoppers.

Verizon Ellipsis 8 Receives OTA Update, Just In Case You Bought One For Some Reason

Xposed Framework For Android 5.0/ART Could Be Just Around The Corner