The new OTA isn't the only OnePlus One news this morning. It's getting easier to buy... kind of. OnePlus will start opening up sales every Tuesday to anyone and everyone (in supported countries) without an invite. Imagine that, buying a phone without an invite. How innovative. 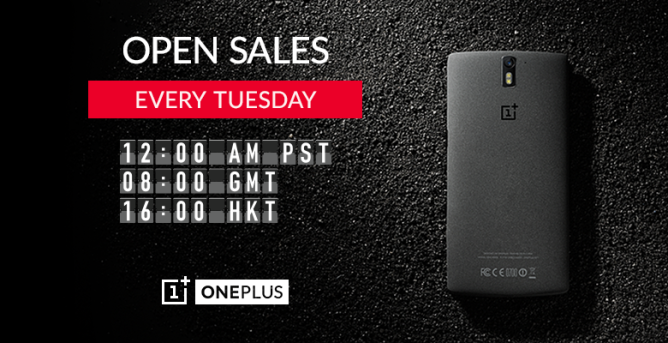 The sale will begin each Tuesday at 8 AM GMT (midnight PST, 4 PM in Hong Kong) and continue for 24 hours. Both the $299 16GB white and $349 64GB black will be available during these events. It sounds like the recently launched Indian One won't be part of the weekly sales, but OnePlus is offering an open sale on that device on February 10 (tomorrow) at 10 AM IST.

This isn't the end of the "beloved" invite system, according to OnePlus. As an aside, they really did call it "beloved," which I can only assume is an intentional troll because it's pretty ridiculous that you still need an invite to buy a phone after six months (or at all). At any rate, an invite will still be required to buy a device the six remaining days of the week. This is a step in the right direction at least.

Find Out Which Carriers Your Phone Works On With WillMyPhoneWork