The patchwork nature of wireless spectrum makes traveling or moving a device to other carriers a bit of a nightmare, but a new web tool called WillMyPhoneWork could help you figure it all out in just a few clicks. Simply select your phone model, carrier, and hit the search button to see which bands match up. 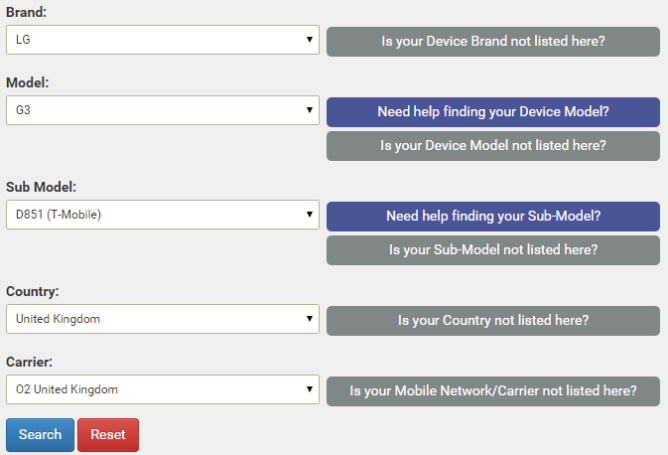 This isn't only limited to Android phones, but that's obviously the bulk of what you'll find listed in WillMyPhoneWork. Start with the device maker, and then select the model. You'll often have to pick a sub-model because carriers versions tend to have different bands. Choose the country and carrier to finish your setup and see the results. There's a section for 2G, 3G, and 4G that will tell you which bands the device will support. Neat, right?

This is only about the hardware support—some devices are SIM locked, so it's up to you how you get around that. Usually you can get an unlock code from the carrier, but there are other methods too. WillMyPhoneWork could be really useful if you're traveling or planning to get an unlocked phone online and want to make sure it'll work on your carrier before placing the order.

The creator is working on adding more devices all the time, but the selection is already rather robust. The only thing I'd really like to see added to the functionality is the ability to see a full list of bands for the device or carrier. That could help guide you in the right direction if you've got multiple options. OnePlus Will Open Up Sales Every Tuesday For 24 Hours, No Invite Required