The Mailbox email app belongs to Dropbox, but it began life as an independent app on iOS. That being the case, it's not really surprising that when Dropbox bought the developers and made the app multi-platform, it wasn't initially optimized for Android tablets. It was a little odd when that status quo continued for the better part of a year. With version 1.6.2, that considerable oversight has been addressed. 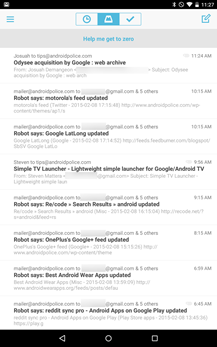 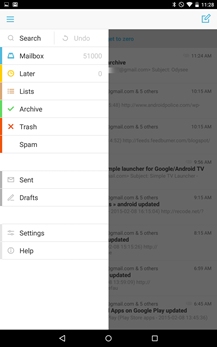 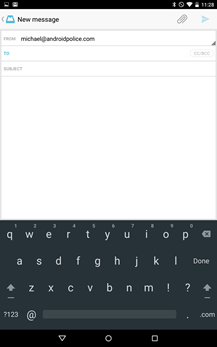 Well, kinda. While the app at least works with tablets now, it's not exactly optimized - the interface is essentially a gigantic version of the smartphone app, offering no real advantage on the larger screen. Contrast that with the iPad version, which offers the two-paned interface you might expect from the extra screen real estate. So unless your Android tablet is your only Android device, there won't be much incentive to use Mailbox - its handy swipe-powered organizational features aren't so helpful that they negate the advantage of a multi-panel UI on screens that can support it. 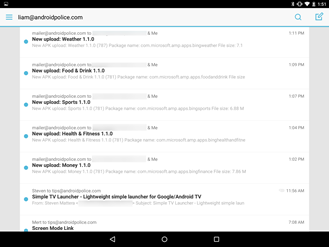 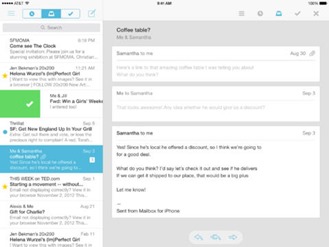 Left: Mailbox running on the Nexus 9. Right: an older version of Mailbox for the iPad (image credit: TheNextWeb). The N9 and the iPad have an identical aspect ratio. For shame.

The only other significant changes since version 1.5 are "DfB support" (which I'm going to assume refers to Dropbox for Business account, in the absence of any clarification in the changelog) and "Badging on Samsung devices," which probably refers to the built-in notification count support for some versions of the TouchWiz homescreen/launcher. Mailbox is a free download for Android 4.0.3 or higher.

[Rumor Smash] NVIDIA's SHIELD Tablet To Be Refreshed This Summer - Don't Hold Out For A New ...