The 64GB Nexus 6 is still hard to get your hands on even a few months after release. Supply is evening out on the 32GB, but there's no microSD card slot. Unacceptable, right? Today you've got a chance to snag a 64GB from Motorola, but don't dilly-dally—it probably won't last long. 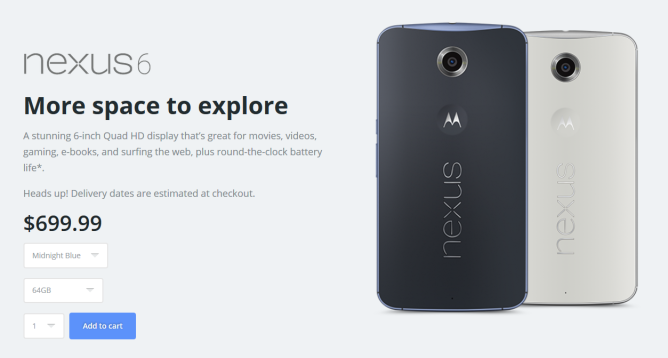 The white 64GB is probably the most sought-after version of the new Nexus, but it's more fantasy than reality. It's a unicorn, basically. The blue 64GB isn't a unicorn exactly, but it's probably still some sort of mythological animal. Capturing it will cost you the princely sum of $699 plus tax. Shipping is free, but US-only. Innovative Classic 'Deus Ex Machina' Gets Ported To Android 30 Years After Its Debut, ...