There's a new Transformers game available in the Play Store, and it falls into the increasingly popular online battle arena genre. In TRANSFORMERS: Battle Tactics, you must build a team of Autobots and Decepticons to best your enemies on the battlefield. However, it's free-to-play, so is this one more than meets the eye? Nah, it's pretty much what it looks like. 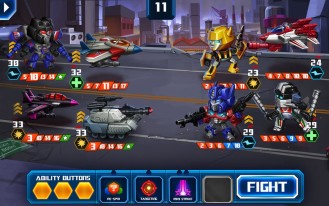 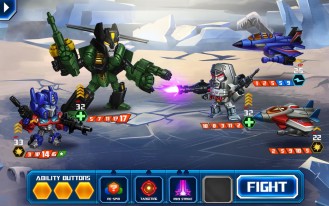 This is a turn-based game that involves a lot of random chance. Your units have multiple attack values, which are chosen randomly each turn. There are ways to boost those values and apply additional abilities, but it's not too in-depth. It is, however, rather fun. All the classic characters you know and love (or in the case of Starscream, tolerate) are here. You start out with mostly second-tier robots, though. 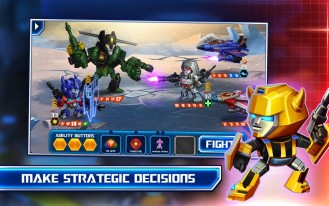 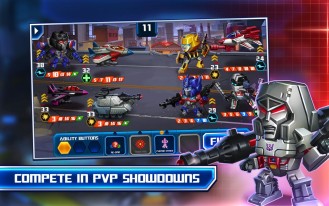 TRANSFORMERS: Battle Tactics is a free game from DeNA, and you know what that means—yes, in-app purchases. There are two currencies, cybercoins and gold. The gold is more rare and can be used to buy better stuff in the game. Bundles of gold are available for $5-100. No one really likes in-app purchases, but let's not pretend they're spoiling a pure and altruistic franchise here. Transformers was always a vehicle to sell toys. It just helps that giant robots are cool.

Noodlecake Re-Releases Wave Wave 'Rebuilt From The Ground Up,' On Sale For 70% Off This Week