EE is a jointly owned by Deutsche Telekom and Orange, both of which will have significant stakes in BT once the deal is approved by shareholders and regulators, predicted to happen in March of next year. But some of EE's competitors are predictably upset. The BBC reports that Vodafone and TalkTalk are insisting that BT be forced to spin its Openreach wholesale division into a separate company as a regulatory condition. British Telecom is the UK's only Universal Service Obligation corporation required to provide a fixed line to any address, and Openreach is responsible for selling last mile phone and Internet access to competing companies. 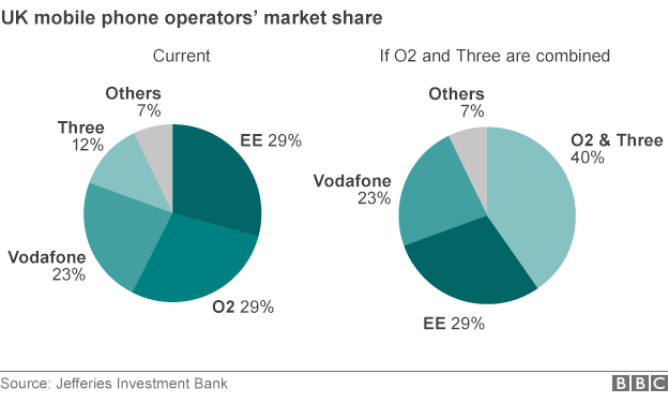 The BT announcement comes less than a month after Hong Kong businessman Li Ka-Shing (current owner of Three Mobile) announced his intent to purchase O2. The combined customer base of Three and O2 would be even larger than EE, creating a market with only three major players: British Telecom's EE, the combined O2 and Three, and Vodafone.