Coming with the latest Google Maps update is Local Guides, a new program meant to increase the number of reviews original to Google and highlight the best of them. It is both a feature addition to Maps and something that exists independently of it. Guides are people who will be rewarded for their reviews, while you benefit by having them as a more credible source of information. 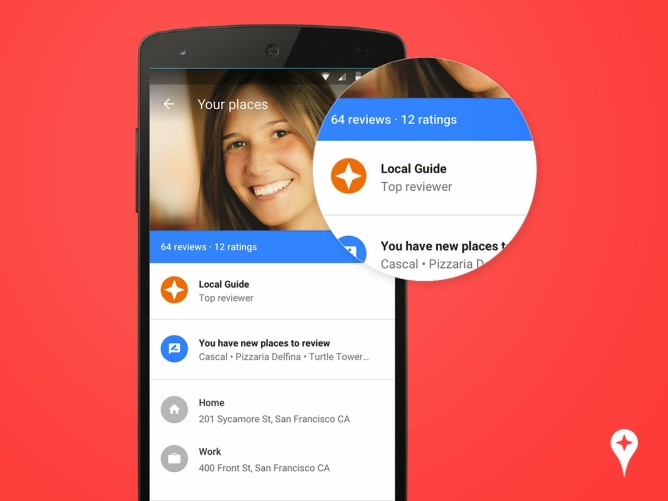 This looks similar to Yelp's Elite Reviewers, which is...well, similar. See below for an Elite Yelper in my area. Given that Google has decided to compete with Yelp, it makes sense that they'd want to do this. 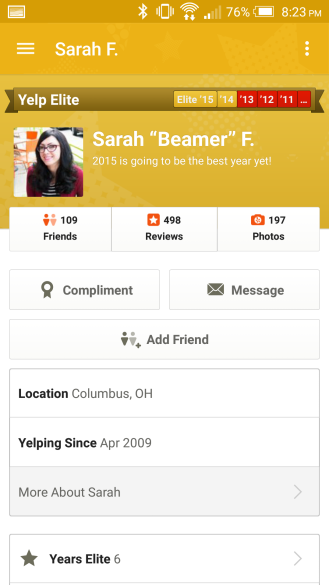 At this point, it's a fairly open system compared to Yelp. Just sign up, start reviewing, and you will move up the ranks as your number of reviews increases. After 50 reviews, the Local Guides badge appears. There is no clear system for weeding out not-so-great reviewers, though it stands to reason that anyone truly egregious will get scrubbed out eventually. Given their position in this market, Google will probably be willing to turn a blind eye to quality so long as they get quantity in return.

You can sign up at the Local Guides page and start reviewing right away. Otherwise, you can download the Maps update and just enjoy Google's increased attention to crowd-sourced ratings.

The APK is signed by the developer and upgrades your existing app. The cryptographic signature guarantees that the file is safe to install and was not tampered with in any way. Rather than wait for Google to push this download to your devices, which can take days, download and install it just like any other APK.