Following the Android version of popular media app Video LAN Client, better known as VLC, is getting a little tricky. The Android build officially exited its beta status a couple of months ago, but now it's been split into two separate apps on the Play Store. The original app (the one installed on your phone or tablet if you've been using it for a while) is now the "beta" version again, and a new listing without the beta tag has been added. 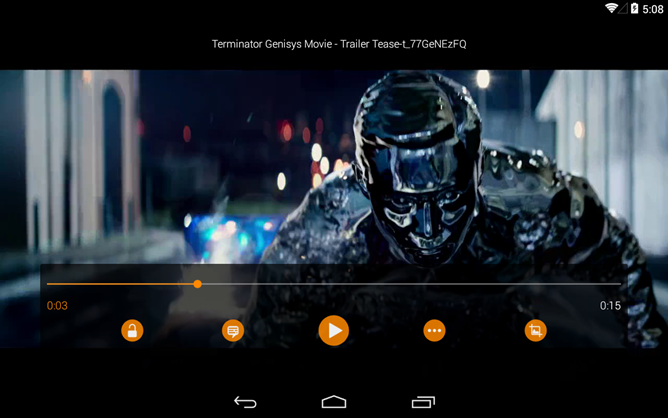 The odd thing is that the beta version is actually older than the "full" version, at least for the moment. The "beta" app was uploaded on December 9th, and it identifies itself as version 0.9.10. The new app listing, created and uploaded today, is version 1.0.1. Presumably the latter version includes some new changes added from the various nightly builds published on VideoLAN.org, though there isn't anything in the newer app that's obviously changed on the user end.

I assume that the VLC developers will use the older listing as a beta version, allowing Android users to try out new features before they make it to the stable builds. I'm also assuming that they haven't actually designated any of the later builds the official "beta" version or uploaded it to the Play Store, thus putting us in the awkward and temporary position of having a beta build older than the stable version. Either that, or VLC simply wants a new listing (despite losing the download statistics) and hasn't yet un-published the old app.

The newer version of the app has been removed from the Play Store, leaving only the "beta" build. Weird.