Feedly is one of the most popular feed readers that stepped in after the demise of Google Reader, and the app is getting past due for a design update. You can get an idea what that's going to look like by checking out Feedly's new Medium post where co-founder Arthur Bodolec previews the impending material redesign. 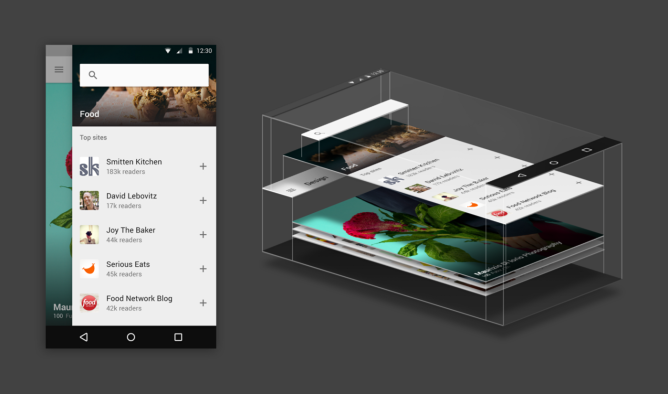 Feedly's dev team is taking material design pretty seriously, as evidenced by the way this post really digs into layouts and the basic ideas behind the new Android aesthetic. Material design is ideal for creating a magazine-like interface, which is what Feedly is going for. It looks like the navigation and explore panels in Feedly will live on, but with a tweaked layout and smoother transitions. There are even a few samples of the material animations Feedly is working on, and they're mouthwatering. Check them out (along with some regular pics) in the gallery below. So when will this wonder grace your phone or tablet? Feedly isn't saying, but we reached to see about getting some details. The most developers are currently saying is that the redesign is a priority this year, so it will be done at some point in 2015. I don't think it'll be too long, though.