Today, FCC chairman Tom Wheeler unveiled a working set of principles for his proposed plans to regulate ISPs (including mobile ones) under Title II of the 1996 Telecom Act. These providers would be overseen more like a utility, such as landline phones, granting the FCC much broader authority over companies that operate in this space.

Wheeler wants to enact a pretty narrow version of net neutrality under this (proposed) newfound authority, banning "paid prioritization," paid "fast lanes," and arbitrary throttling and blocking not part of reasonable network management. These new provisions are not trivial, and are definitely ensconced in the larger net neutrality "vision" of groups like the EFF and FSF.

The fact that Wheeler is also proposing these rules apply in their entirety to mobile broadband providers is interesting, as those providers have previously enjoyed some exemptions from FCC oversight. To be honest, though, they've rarely gained much benefit from those exemptions. When AT&T started blocking FaceTime for some of its iPhone customers on older plans, the internet lashed back with the fury of a grandma unable to video chat with her grandkids scorned. Verizon, too, is no stranger to arbitrary blocking, having been wrist-slapped for its practices around 3rd-party tethering apps.

Under the new rules, AT&T and Verizon will be legally barred from doing such things, and there will be a clear, bright line that says so - there will be no room for "interpretation" as there was in the past. This is certainly a good thing, though the number of times carriers have really, materially impeded on the rights of subscribers through true arbitrary blocking can still be counted on one hand, and none of those instances had an especially severe or draconian impact on many consumers, even if they were annoying and of moderately nefarious intent.

Unfortunately, the FCC's take on net neutrality does nothing to address the single largest problem with the wireless industry not just in America, but around the world: arbitrary data caps.

The FCC has taken a very hands-off approach to service level agreements (SLAs) in both the landline and mobile broadband worlds, instead preferring to let providers offer "creative" pricing structures and products. This is why even though measuring your network usage in gigabytes is, well, dumb, carriers can still do it. Or why capping your home broadband at a given speed is dumb, even when additional network capacity is available at essentially no cost to your provider incurred by your usage of it. Data and speed caps are not about recouping costs or managing network congestion incurred by subscriber usage, they're just about making you pay more if you want better or more service.

While some have interpreted a ban on "paid prioritization" or "fast lanes" to mean that programs like T-Mobile's Music Freedom will soon be forced out of existence, as far as I can tell, there's nothing to support that notion. The FCC is far more focused on the niceties of traffic shaping and network management than it is on what makes it to the end consumer - these regulations are really about money changing hands to reduce or enhance the quality of service for one company versus another.

Another example that would might fail to stand up to scrutiny would be T-Mobile's Music Freedom after the consumer had reached their data cap and been throttled for exceeding it. This would potentially violate the no throttling provision, because everything but music is being throttled, but even then, it's not clear how the commission would interpret this. Throttling on the basis of a service level agreement, though, is perfectly acceptable - these new rules will do nothing to stop providers who offer "unlimited" data that starts being very practically limited after the first 2, 3, or 5GB by simply calling those first bytes "high-speed" and the throttled mode "unlimited." 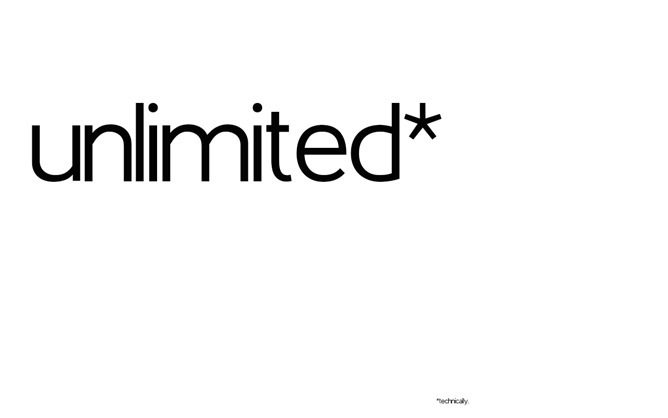 (edit: they apparently do keep full-speed music data after hitting the cap already) versus the example in which T-Mobile is breaking the rules (not OK!) is, admittedly, somewhat semantic in nature if you look at it as a consumer. But from the perspective of network management, they are two very different situations.

In the first example, T-Mobile is engaged in an activity called metering. Metering data or other usage factors is essentially an unregulated activity that ISPs can engage in however they choose, as long as the metering does not constitute deceptive advertising or run afoul of other consumer protection laws. In the second, T-Mobile is actually giving the music data more speed than any other kind of data, and that's probably throttling. The first example speaks to what the FCC has stated repeatedly: that it wants ISPs to explore "creative" pricing models as a way to encourage infrastructure investment and innovation. Do not expect this to change any time soon, because unlike today's rules, restrictions in how a provider may actually bill a customer would affect profits, and thus would be lobbied into the ground.

Anyway, metering data has nothing to do with paid prioritization or "fast lanes." Metering is just a billing practice: if a carrier zero-rates a particular kind of data on your bill, all it's doing is "earmarking" that data as it travels through the network and down to your device. It's not going any faster, getting any special priority (and I mean priority in the networking sense), and it's not resulting in the blocking of any other content at its expense. (Though it may constitute in-effect blocking in some cases, and we'll talk about that.)

(Edit: it turns out the FCC actually may not allow paid "sponsored data" agreements between providers and services/apps, but it's not completely clear how they'll be handling this.) 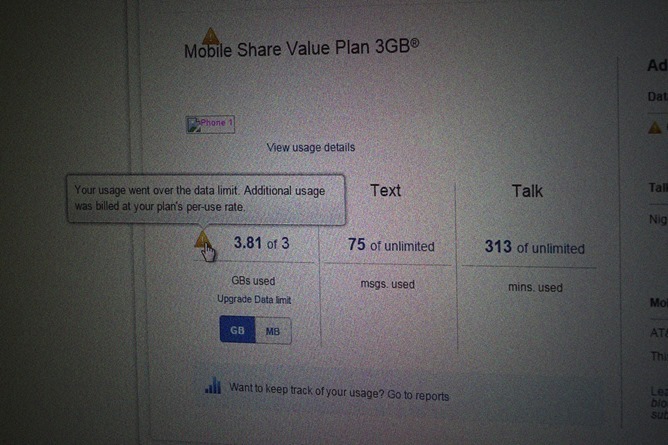 The fear of some net neutrality advocates, though, is that such practices could eventually result in in-effect blocking, certainly a valid point to raise. If data caps become so restrictive such that services which are zero-rated to customers start benefiting at the clear expense of those that are not, net neutrality may come into play. Where exactly de facto blocking starts and preferred metering ends, though, is extremely hazy, and unless the FCC enumerates on this a little more clearly, we can probably expect very lax oversight here.

This is also partly why these rules won't change much in regard to the mobile broadband landscape, because the more questionable practices carriers are engaging in don't really intersect with them too much.

These new rules also won't immediately resolve major problems with the interconnect agreement business, the issue over which Netflix has gone to war with pretty much every ISP. Netflix and many net neutrality advocates argue that by refusing to build out interconnect capacity at parity with content providers, ISPs are causing in-effect discriminatory throttling for consumers and holding service quality hostage in an effort to extract more money from companies in the CDN and content businesses. The new rules do mention that the FCC is going to claim the authority to address "complaints" about interconnection in which an ISP is "not [acting] just and reasonable," but that language allows for some pretty open-ended interpretation. We'll have to see how the FCC really ends up defining what isn't "just and reasonable" in the context of an interconnect dispute, because this short statement smacks of political pandering.

These regulations will do little but stop the most egregious abuses of a billing philosophy that is, at its core, broken: the gigabyte.

The new provisions do nothing to address the issue of geographical infrastructure monopolies in the ISP business, either, the practice that famously unbundled AT&T. While unbundling (essentially, forcing companies to allow competitors access to their local infrastructure) isn't yet a particularly feasible notion in the wireless business, as the ubiquity and intercompatibility of wireless internet access grows, so too will the efforts of providers to lock in and monopolize consumers.

Wheeler does appear to be puttting the brakes on the "reasonable network management" excuse some ISPs, landline and mobile alike, have attempted to use as a loophole for activities that really just constitute throttling and traffic discrimination. This is good news, though as a practice this, too, has engendered nothing but PR disasters for the companies who choose to engage in it. Still, the chairman leaves room for special treatment - reasonable network management will be interpreted primarily based on the type of service, something that wireless providers will no doubt attempt to exploit with tireless lobbying.

The FCC is also doing little to address the main customer pain points the wireless industry is famous for poking. As long as data caps exist, these regulations will do little but stop the most egregious abuses of a billing philosophy that is, at its core, broken: the gigabyte. And wireless carriers have no reason to give that system up, either - in fact, these new rules are much more friendly to what is ironically the much easier to abuse form of data metering (usage in bytes), relative to the marked restrictions they place on the tiered speed model.

Comcast can't specifically take money to speed up Netflix or make its own streaming options faster, but AT&T could zero-rate it on your bill, or choose to zero-rate its own U-Verse on-demand offering instead. How is that fair? While today's news may be good on the whole for net neutrality, there's a lot of room for more improvement yet.

Report: Apple Will Turn Beats Music Into A New Streaming Service, Including An Android App