Here we are getting toward the prime Netflix window and everything's all busted. You are not alone in your inability to access Netflix. It appears to be down for everyone.

The main streaming page is completely blank—it doesn't even return an error message. Other pages are loading with the above website error message, which links you to the broken front page. On Android, some users are getting the main page to load, but content is not playing at all. 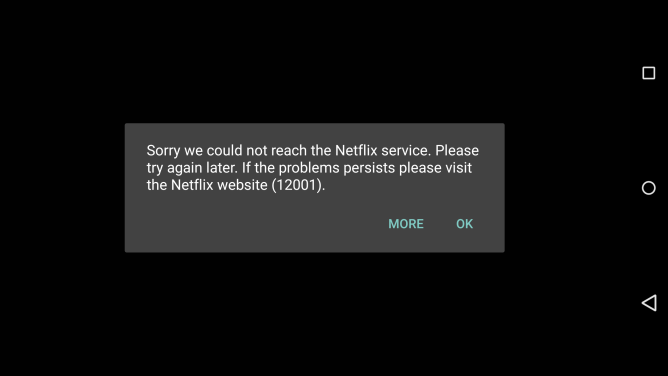 Basically, someone broke something, it did on the Netflix CS Twitter account, it seems. We'll keep an eye on it, but it shouldn't be too long. Alternatively, maybe this is the end of Netflix or the internet itself... unlikely, but let's not rule anything out yet.

Coming back online for web streaming

It looks like the web interface is coming back online for most people. Mobile is still sketchy.

Netflix says the issues are resolved and the web interface does indeed seem to be working. Most users are also getting access on Android, but I'm still seeing some errors. Hopefully all that will be ironed out soon.