Google's Android One program is the company's play to capture the billions of potential users who don't want to spend hundreds of dollars on a smartphone. The initiative is running a little behind based on Google's previously announced timeline, but the Indonesian launch is coming later this month. Indonesia is a huge country, so the Android One rollout would be big news all on its own, but according to Google's official Android One site, the Indonesian One devices will have Android 5.1 included. Google... what? 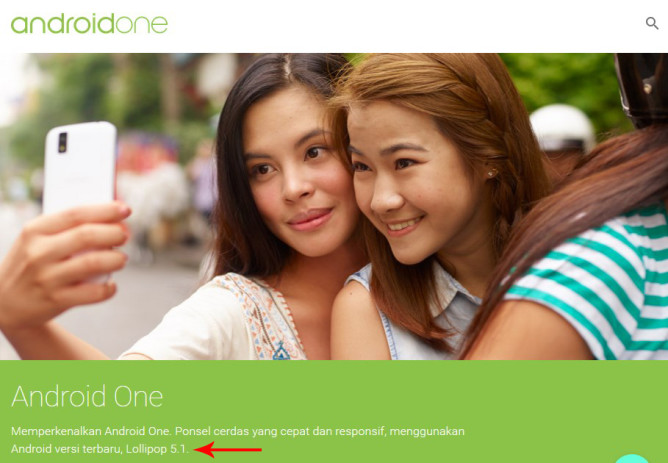 It's not just a single passing mention like you'd expect from a simple typo. Android 5.1 is all over the Indonesian Android One site including in spec sheets for the three new phones and in the descriptions of how Android One works—five total mentions of 5.1 where you'd expect 5.0. Actually, Android One is still waiting on a 5.0 Lollipop update, so maybe Google is jumping straight to 5.1. 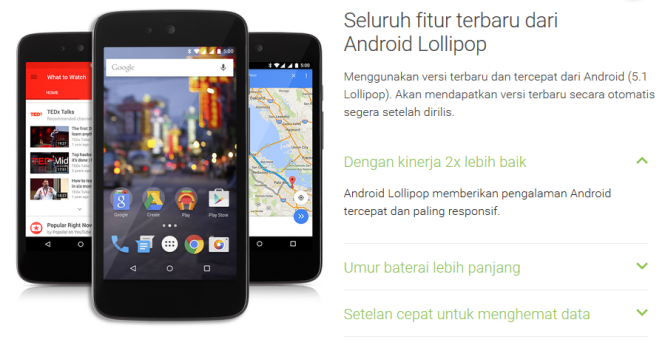 It's possible that whoever made the page was simply confused about whether or not it was supposed to say 5.0 or 5.1. The phones on the site are definitely running some version of Lollipop, though. This is no guarantee a 5.1 update is about to roll out, but it sure is interesting. 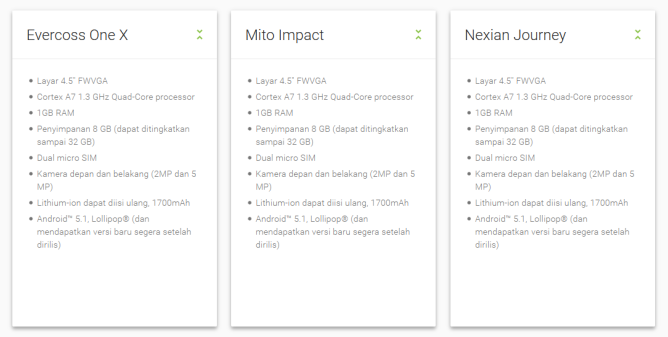 Aside from all that, the site also lists the three new Android One handsets for Indonesia from Nexian, Mito, and Evercoss. They have the same low-end specs as other Android One devices and there are really only minor cosmetic differences. The website doesn't have an official launch date listed, but our tipster says tomorrow (today 2/4 in Indonesia) is the day for at least one of the phones. If that happens, Google's going to have some explaining to do about that Android 5.1 business.

The Next Android Revision Is Indeed 'Android 5.1 Lollipop', Shipping On Android One Phones, ...